It is 7:10 PM, Jerusalem time. I just left the stairwell of my very old apartment building, following the second emergency siren today. Don’t panic. If you’re concerned because you haven’t been up on the news today, there’s no great cause for alarm. These sirens were planned weeks (and maybe months) ago to prepare the nation in case of war. We require these drills like elementary school kids require fire drills- in case of emergency. And yet we know all too well that in this country, an emergency is a very real possibility. I don’t mean to scare anyone, especially in the relative calm that we Jerusalemites have been, thank G-d, enjoying these past few months. But today was a wake-up call, that those of us who live here can get comfortable, just not too comfortable with the status quo.
I read that today is one year since the “three boys” went missing. In case you don’t know, I’m referring to Eyal, Gilad and Naftali- three Israeli boys who were kidnapped and killed in short order, but whose whereabouts were unknown for weeks, causing Jews in Israel and around the world to unify in a way that had never happened before to my memory. I can remember in my life pre-aliyah, going to a rally in the center of Manhattan, demanding the release of the boys (who we hoped were still alive) and praying with a fervor reserved for Yom Kippur. I can remember Jews coming together regardless of observance level or denomination or political orientation, praying for the safe release of our Jewish brothers. As we all know, it was not meant to be. The boys were killed immediately, but their whereabouts remained hidden for those torturous weeks. A revenge attack on an Arab boy followed, vilified by almost all Jews, because even in our deepest grief, that is not how we as Jews behave. And then the rockets. And the sirens. And the tunnels discovered. And the human shields. And the soldiers’ funerals with mourners in the thousands. And the Iron Dome in all it’s blessed glory. And the canceled Israel trips. And the ceasefires. And the ceasefires broken by Hamas in mere hours. And the flight cancellations. And then the quiet. The quiet end to a summer deferred.
A year has passed since that crazy, scary, incomprehensible time and today I heard my first siren in almost that long. And it wasn’t to warn me that a rocket was headed my way. It wasn’t sounded to warn me that we were living in a war zone, and that we had just 90 seconds here in Jerusalem to take cover. It was to remind me that here in Israel, with enemies named Hezbollah and Hamas, Syria and Iran- we will always be targeted, so we must make sure that we stay safe as a country, and that we stay strong as a nation. Am Yisrael Chai. 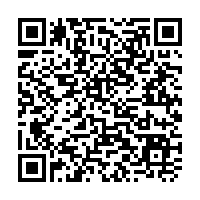