Why should the Democrats be more critical of Israel? The Palestinians refuse to negotiate with Israel. If Abbas did, he would be assassinated, so no matter what concessions Israel could be bullied into making, they would still not have a peace partner. In this context, criticizing Israel is perverse.

The Arab culture , apparently not known to Peter Beinart views the establishment of a Jewish state on land claimed by the Arabs as a cataclysmic shame that can only be assuaged by the defeat of Israel. Perhaps demands that Israel’s military be forced to cut back is part of that strategy.

Arabs can never negotiate as equals with an entity that has defeated them in battle. Only after Egypt prosecuted a successful attack on Israel were they prepared to negotiate peace. Please tell me how the Palestinians can carry out its own military defeat of Israel so it can meet the Jews at the bargaining table? Should the Jews just dismantle its security walls allowing terrorists to enter Israel and blow up buses and cafes? Will more Israeli deaths erase the shame? 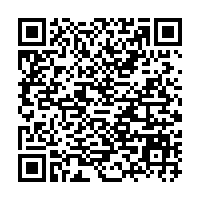