May 28, 2022Anthony AlbanesePrime MinisterCommonwealth of AustraliaDear Prime Minister Albanese,Congratulations on being elected Prime Minister of Australia.I have read that you called Israel an oppressor carrying out collective punishment against the Palestinian Arabs. If I were to provide you with information that questioned the veracity of these accusations, would you be open to listening? If not, and your mind is made up, stop reading and get on with the monumental job of running Australia. If you are a flexible person, read on.A poll was taken amongst the Arabs living in East Jerusalem, They were asked who would you prefer to govern you, Israel or Palestine? Over 90% responded Israel.The Palestinian Authority has a Martyr’s Fund that pays monthly pensions to all Palestinians serving time in Israeli jails regardless of their offences. Any Palestinian who attacks Israelis or who kills Israelis and is incarcerated receives a monthly pension. Multiple killers receive a monthly amount greater than the sum paid to Palestinian medical specialists, so a heart surgeon makes less money than a Palestinian who has killed three or more Israelis. If the Palestinian Arab died in the attempt to kill Israelis, his or her family receives a pension for life. I cannot imagine that paying people to kill Israelis is compatible with Australian values.Over the years Israel has submitted six peace offers to the Palestinians. Each one was rejected often without counteroffers. One from Prime Minister Olmert that would have returned every inch of the West Bank was not even acknowledged.Both Palestinian governments, Hamas and the PA reject normalization with Israel so Palestinian women who work with Israeli women on programs that enrich their children are pressured by their government not to engage in normalization with Israeli women. Those that persevere are great heroes placing their children ahead of their own safety and reputation.Both Hamas and the PA Charters state that all of Israel is occupied land and all Israelis occupiers. The Hamas Charter goes a little farther stating that all Jews in Israel and elsewhere must be done away with. Palestinians school books erase Israel from maps and all Israeli towns and cities are given Arab names so Arab kids are taught that there is no Israel and the Jews living on it are usurpers and occupiers who must be eliminated. These kids have grown up and are now the rioters we hear so much about.So let’s see, Israel is facing people who do not recognize its existence, who are paid to murder Israeli citizens including by the way Israeli Arabs, and who brainwash their children to hate Israel. Whatever Israel does to secure its own people is interpreted as human rights violations against the Palestinians.I’ve got to hand it to the Palestinians who have done an amazing job convincing people that Israel is a Nazi-like state that enjoys making Palestinians suffer, but surely people with your resources, stature, and education should know that this is slanderous propaganda.Respectfully yours,Larry Shapiro, 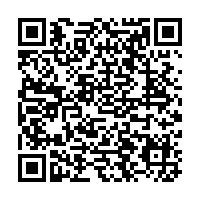