Dear President Aragonès i Garcia,It took a lot of cojones for your government to declare that Israel is an apartheid state considering that not one of you actually went to Israel to personally research both sides of the issue. The assumption that Jews must be evil is a tradition in Spain exemplifified by the Jews that your forbearers burnt at the stake, drowned, ripped apart and  forcibly converted.How much of your decision to placate the Palestinians comes from your fear of radical Islam’s goal to recapture Al-Andalus symbolized by Islam’s revered hero Osama Bin Laden who after 9/11 stated, “We will not lose Palestine as we did [with] Al-Andalus”.It appears that the decision by the Government of Catalonia to demonize Israel without benefit of due process is a tribute payment to Spain’s Jihadist community. Do you really think it will work? Is your capitulation Catalonia’s response to the Jihadist inquisition? Are you at all worried about the personal safety of Catalonians once radical Islam fulfills its dream of reconquering Al-Andalus.Respectfully yours, 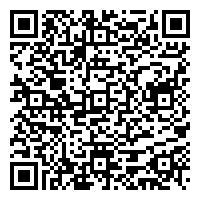