I was very interested in your remarks acknowledging that Israel deserves to exist but that it is built on the philosophy that Jews are supreme to everyone else.

I have searched Jewish holy books and have not found a single reference to Judaic supremacism. There is also a complete absence of instructions to Jews to convert others to Judaism. Nor are there any statements attacking competing religions, Islam and Christianity. There are no exhortations to kill Muslims and Christians wherever they may be found.

Perhaps your opinion is based on the Biblical promise by God to make Jews the “chosen people”. To assume that this is a form of supremacism misses the whole point which is that ancient Jews believed that God chose them to carry on his religious instructions. Being chosen was in no way a contract to be supreme over other people or to kill people of other religions or to murder Jews who have strayed.

I won’t go into great detail about your religion, but there are exhortations in the Koran to kill Jews. There are religious instructions to kill Muslims who have converted to other religions and to convert the world to Islam which if it cannot be done peacefully must be done by the sword.

So if you have to compare Judaism and Islam to see which ideology is supremacist, Islam would win hands down.

I can only assume that you are unwilling to look clearly at Islam and are projecting its supremacism onto the Jews of Israel, and for all I know onto Jews elsewhere.

As for Jews being supreme in Israel, Israel is a Jewish country just like all its neighbors are Islamic countries. Iran for example is an Islamic republic. The only difference is that in Israel there are Arabs in government, as elected officials, serving in the Supreme Court, in hospitals universities even in Israel’s foreign service. In Israel, Islamic shrines and temples are respected and protected.

None of this occurs in Islamic countries which are mostly devoid of Jews. Where a few Jews remain, they are treated as second class citizens, in fact, not even as citizens.

In the Arab world, radio sermons are around the clock attacks on Jews. Descendants of apes and pigs seems to the epithet of the moment. Nothing remotely like this is permitted in Israel.

I don’t deny that a small group of Israelis harbor racist hatred for Arabs, but unlike Muslim countries that sponsor hatred towards Jews, Israel rejects official racism.

Miss Sarsour, you have allied yourself with Bernie Sanders. You owe him and America honesty. Spreading calumnies about Israel being a supremacist state is a racist attack on Jews. Bernie does not need this. Americans do not need this. You do not need this, whatever vestiges of a peace process that exists in the Middle East doesn’t need this. I urge you to be part of the solution not part of the problem. 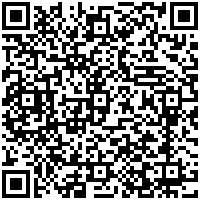