The time appointed by G-d for the Messianic redemption is a closely guarded secret. Nonetheless, we are offered many hints to recognize its proximity: when certain conditions come about, await the imminent coming of Moshiach.

Most of these conditions are quite disturbing, clearly displaying a situation of the very “bottom of the pit.” One major source describes the world-condition in those days as follows: increase in insolence and impudence; oppressing inflation; unbridled irresponsibility on the part of authorities; centers of learning will turn into bawdy houses; wars; many destitutes begging, with none to pity them; wisdom shall be putrid; the pious shall be despised; truth will be abandoned; the young will insult the old; family-breakup with mutual recriminations; impudent leadership. (Babylonian Talmud-Sotah page 49)

The condition of truth being abandoned, is certainly here when I read the UP story released yesterday, about Trump’s taxes being only $750 for two years. Every Taxpayer in America knows you have to pay your taxes in advance and then just pay the balance with your tax return

Contrary to the false impression in The New York Times story, Donald Trump did not avoid taxes, the $750 was just what he paid with his return.

He pre-paid them. Dick Morris, American political author and commentator reports that in 2016 and 2017, he requested and got an extension to file his returns.

As required, he made an estimated tax payment of $1 million in 2016 and $4.2 million in 2017. Then, it turned out that he did not owe that much in taxes, but, rather than demand the money back, he let the IRS keep it and apply it to any future tax he owed.

So — when he only paid $750 in taxes for the first two years of his presidency it was because he had already overpaid during the two previous years with $5.2 Million and just reduced his payment by that amount.

Over the longer term, Trump overpaid his taxes by $72 million.

Because some of that overpayment was more than two years earlier, he was not allowed to offset it against current taxes. But Obama changed the law to allow taxpayers to go further back and he offset his tax liability in future years by citing his overpayment.

Many taxpayers overpay or have more withheld from their paychecks than they end up owing in taxes. They look forward to a deserved refund each year.

Some even use the process as a way of saving money.

All that Trump did differently, was to leave the money at the IRS and take the refund over several years. A government strapped for cash should reward such conduct, not vilify it.

Trump it appears has become the new Israeli. For many years, because of the negative press given to Israelis, no matter what they do they are wrong. There is the famous story about the Israeli who jumps into a lion cage to save a child. The next day, the newspaper carried the story on the front page. ISRAELI BEATS UP INNOCENT LION AT THE ZOO.

So Donald Trump did not avoid paying taxes, he prepaid them.

So what’s wrong with that? Certainly not the headline that says he paid $750 when paid $5.2 million. In this election year, watch your news sources carefully and can the Moshiach be far away? 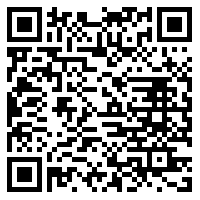