How about a little Jewish Pride!

As COVID-19 continues to wreak havoc across the globe and overturn peoples’ daily lives, world leaders are holding out for the one thing that could potentially get the world back on track – a vaccine. It’s probably not a surprise – Jewish doctors are at the forefront.

I feel incredibly appreciative, and I’m daring to hope. I was vaccinated on December 24, 2020

A country has set up an unprecedented nationwide vaccination operation in an instant — computer databases whirring into logistical operations, vaccination centers fitted out, staff hired and trained, millions of precious vaccine doses purchased, imported, and distributed. And all for free to all its citizens.

The process was so spectacularly smooth that I know others’ experiences cannot and will not all be so untroubled. But I also know that Israel will have vaccinated something like a tenth of the populace before the end of the week if current rates are maintained, and we only started the drive, with an initial limited focus on healthcare workers, 10 days ago.

Naturally, in a nation heading into its fourth election in two years, the race between virus and vaccine — as new cases of contagion spike amid the current lockdown — is being widely viewed through a political filter, too: Will Prime Minister Benjamin Netanyahu’s starring role as both vaccine-supply negotiator-in-chief and role model First Vaccine immunize him from election defeat in March?

For now, I’d simply like to say a thank you — to the whole chain of wise and wonderful people abroad and at home who, inside a year, managed to find a counter to COVID-19 and have now started to deliver it. I’d like to recognize my privilege in being an early recipient and appreciate how Israel’s core get-it-done capacity has triumphed over all obstacles thus far. I’d like to hope the rest of humanity can follow suit as quickly and safely as possible. I’d like to wish that world leaders henceforth prioritize treatment and, crucially, R&D and preventative measures to safeguard humanity and our planet — massively reallocating resources, now that science has demonstrated its awesome capabilities when properly funded and supported.

And now time for a little Jewish Pride. The two primary companies responsible for the vaccine are both led by Jews.

As Chairman and Chief Executive Officer, Albert Bourla leads Pfizer in its purpose: breakthroughs that change patients’ lives, with a focus on driving the scientific and commercial innovation needed to have a transformational impact on human health.

During his more than 25 years at Pfizer, Albert has built a diverse and successful career, holding a number of senior global positions across a range of markets and disciplines. Prior to taking the reins as CEO in January 2019, Albert served as Pfizer’s Chief Operating Officer (COO) beginning in January 2018, responsible for overseeing the Company’s commercial strategy, manufacturing, and global product development functions.

Albert is a Doctor of Veterinary Medicine and holds a Ph.D. in the Biotechnology of Reproduction from the Veterinary School of Aristotle University. In 2020, he was ranked as America’s top CEO in the Pharmaceuticals sector by Institutional Investor magazine. He is on the executive committee of The Partnership for New York City, a director on multiple boards – Pfizer, Inc., The Pfizer Foundation, PhRMA, and Catalyst – and a Trustee of the United States Council for International Business. In addition, Albert is a member of the Business Roundtable and the Business Council.

Alpert is also the son of Holocaust survivors, as his parents were among the few Jews from Thessaloniki, Greece to survive the horrors perpetrated by the Nazis.

Seventy-five years after the Nazis murdered millions, Dr. Bourla is today leading the race to save millions. Pfizer is the first corporation to develop a COVID-19 vaccine, which will be distributed to countries around the world, including Israel.

A former IDF medic now working as Moderna’s chief scientist hailed the US drug company’s progress in the race for a Covid-19 vaccine.

“The overall effectiveness has been remarkable,” Dr. Zaks told the broadcaster. “It’s a great day.”

Dr. Zaks, who studied at the Ben Gurion University of the Negev, now lives in Massachusetts in the US.

He previously spoke about the “first-rate” training he received in Israel and referred to his experience in the IDF, according to Jewish-American news website The Algemeiner.

In addition, two lesser-known Jewish Doctors are also coming through!

Russia licensed the two-shot jab for domestic use in August, the first country to do so. Currently, a Phase 3, 40,000-strong trial of the vaccine is underway. Israel’s Hadassah Medical Center, which has a branch in Skolkovo near Moscow, is in negotiations to join the trial.

The second is scientist Prof. Shmuel Shapira, head of Israel’s Institute for Biological Research (IIBR). While the Defense Ministry does not publicize regular updates about the vaccine, in August, the Defense Ministry announced that IIBR would begin testing its vaccine on humans by October, after the Jewish holiday season.

The potential Israeli vaccine is based on a well-known method of vaccination, the institute said in a report released to the public. But what is new is the use of VSV – a type of virus that does not cause disease in humans. Through genetic engineering, proteins are attached to the vesicular stomatitis virus to form coronavirus “crowns” that are identified by the body as COVID-19. As a result, the body produces antibodies against it.

These four men are for now humanity’s hope. If they succeed, the world will be a healthier place.

Members of the Tribe win Nobel Prizes far and above their expected percentages. First the facts. The voluminous Wikipedia entry, List of Jewish Nobel laureates, states that “as of 2017, Nobel Prizes have been awarded to 902 individuals, of whom 203 or 22.5% were Jews, although the total Jewish population comprises less than 0.2% of the world’s population. This means the percentage of Jewish Nobel laureates is at least 112.5 times or 11,250% above average.”

It does look like G-d decided that the Jew will have a special place in this world. 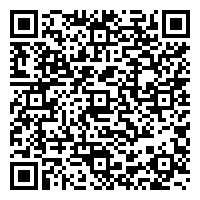