Saudi Arabia opened its air space, land and sea borders to Qatar Monday evening, as White House senior adviser and presidential son-in-law Jared Kushner boarded a plane heading for Saudi Arabia, where a US delegation will join a ceremony ending the Gulf Cooperation Council’s three and a half year boycott of Doha.

“Based on (Kuwaiti Emir) Sheikh Nawaf’s proposal, it was agreed to open the airspace and land and sea borders between the Kingdom of Saudi Arabia and the State of Qatar, starting from this evening,” Kuwaiti Foreign Minister Ahmad Nasser Al-Sabah announced Monday evening on Kuwait state television.


The ceremonial signing of the US-brokered agreement to end the boycott is set to take place Tuesday during the GCC summit, which is being held in Al Ula. According to Hebrew-language Walla! News journalist Barak Ravid, Kushner is being accompanied by US envoy to the Middle East Avi Berkowitz and US adviser on Iran Brian Hook, who helped negotiate the agreement.

In addition to Saudi Arabia, Bahrain, Egypt and the United Arab Emirates were involved in the boycott against Qatar. The leaders of all of those nations plus Oman and Kuwait will be at the summit.

The agreement is to include three “confidence-building” measures:

During his most recent visit to the region, Kushner met with Saudi Crown Prince Mohammed Bin Salman and Qatari Emir Tamim. He has close ties with both. He then traveled to Qatar with Hook, Ravid reported, while Berkowitz and another aide, Adam Boehler, stayed in Saudi to continue talks. The four then hammered out a draft deal in real time over the phone.

According to a senior Gulf diplomat who spoke with Ravid, the rift is not entirely ended – “bad personal relationships between the leaders and big policy differences on Iran, Turkey and the Muslim Brotherhood” still exist. However, the diplomat told Ravid the agreement is “a step in the right direction.”

Last month, Saudi Arabia’s Foreign Minister, Prince Faisal, thanked both Kuwait and President Donald Trump for the progress that had been made towards resolution of the diplomatic spat while speaking at the annual Mediterranean Dialogues in Italy.

Likewise, Kuwait’s foreign minister, Sheikh Ahmed also thanked Trump as well as Kushner, saying “fruitful discussions” had been taking place, “where all parties affirmed their keenness . . . on reaching a final agreement.” The specifics were not detailed.

Qatar’s foreign minister tweeted immediately, “We express our gratitude to the State of Kuwait for their mediation & the United States for their efforts.”

Oman welcomed the announcement as well in a statement on its official state television channel. 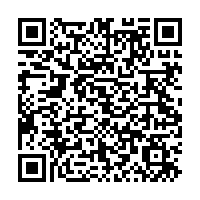