This despite the fact that the the Palestinian Authority owes the Israel Electric Company some NIS 700 million.

Palestinian Authority President Mahmoud Abbas, who is also reeling from the protests, is allegedly worth $100 million.  That figure according to a former Arafat aide, Muhammed Rachid. Other sources also implicate Abbas as well as his sons in various corruption schemes which have and are making them rich.

Here’s one example from a report from the Foundation for the Defense of Democracies given to Congress:

Yasser, the elder son, owns Falcon Tobacco, which reportedly enjoys a monopoly on several tobacco products in the Palestinian territories. According to the Toronto Star, Yasser also chairs Falcon Holding Group, a Palestinian corporate conglomerate that owns Falcon Electrical Mechanical Contracting Company (also called Falcon Electro Mechanical Contracting Company, or FEMC), an engineering interest that was established in 2000 and boasts offices in Gaza, Jordan, Qatar, the United Arab Emirates, and the West Bank. This business success has come with a helping hand from Washington. According to a Reuters report, in 2005, Yasser Abbas’ company received $1.89 million from USAID to build a sewage system in the West Bank town of Hebron.

So why not let Abbas save his own skin, instead of having Israel repeatedly bail the Palestinian Authority out? 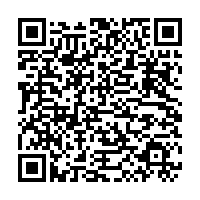