There’s only one bit of good news for the Romney campaign in the all-important swing state polls this weekend: their choice to pour a lot of ad money into North Carolina, to prevent it from going Democrat, is paying off.

Everywhere else, the president seems to either keep his lead—small though it may be—or pull ahead.

The polls are yet to reflect voters’ reaction to Obama’s handling of the Middle East storm over the anti-Muslim video clip and the killing of four consulate workers, including the ambassador. It’s possible, however, that Obama’s apparent hesitation in reacting to the upheaval would be balanced out by Romney’s attack on the president while the flames were still consuming the Benghazi mission.

In Virginia, Romney is probably paying for the governor’s attempt to pass a law to make the running of abortion clinics in the state practically impossible. This is not very popular with Virginia women voters, who favor Obama over Romney right now by a margin of 14 points. This explains the significant jump in Obama’s lead in Virginia.

The delegate map I enclosed presumes that Obama and Romney win all the states where they currently lead. It’s only a snapshot, obviously, but it appears that Romney is unable to catch up, so far, and, in a couple of cases—as in Ohio and Colorado—he is losing ground. 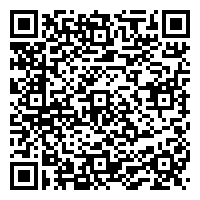