I have these old reading glasses, which I had made almost twenty years ago.  At the time I was working at some office job that lasted barely two weeks.  I had been asked by the boss there to run his office.  I was unemployed so willing to try almost anything. One thing I could never do well was to obey orders.  You can’t be a sort of secretary if you won’t do as you’re told.  I also didn’t have any experience with what then was modern “window” computers.

I remember that I got the glasses then. And also at that time, my friend’s eldest grandson was born, and he’s old enough to be drafted, so the glasses are that old.

Even though my eyes aren’t the same, the glasses still work, make it possible for me to read the computer screen.  Of course it does no harm that computer screens have grown a bit…

A few years ago I lent the glasses to someone visiting, and they broke. At least the frame did. The person was very apologetic, but I said that the glasses are too old to get upset over.  I brought them back to the optician who told me that I’d need a jeweler, only a very experienced jeweler.  And he recommended two in Jerusalem.  Neither my husband nor I could ever find one of them in.  So I went to a neighbor who is not only a jeweler, but he’s a handyman and can fix all sorts of things.  Yes, he fixed the glasses.  But of late, one of the lenses pops out.

It popped out a few days ago. I looked and looked on the floor of the den.  I looked at various times of the day hoping that with different light it would show up.  I had pretty much given up.  Maybe it rolled under something.  Then  this evening when I came into the den to use the computer, I looked around again, especially under the desk.  I saw a slight round “lighter” area.  I tried to feel around there but couldn’t reach it.

Finally I got something that could go there, and there was the lens. I stuck it back in the frame and cleaned them up. Good as new, at least until it falls out again… 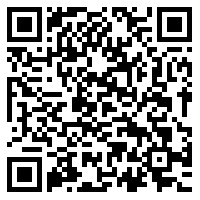