It’s no secret that the advancements, affordability and proliferation of technology have been a game changer in terms of our ability to stay connected with friends and family. Thanks to cellphones, texting applications, e-mail, social networking websites, video conferencing, and more, the degree of connectivity we have with each other is unparalleled.

It wasn’t too long ago that long distance phone calls were designated for family members and only the closest of friends, and generally occurred on a pre-arranged day and time. And then along came call waiting, allowing users to speak with one party without the risk of missing another, potentially more important, call.


The advent of home computers brought in a new way of communicating, through chat rooms, e-mail and private messaging. However, the online experience also brought with it a sense of disinhibition, as people began doing and saying things they would not normally do or say in “real life.”

Enter cellphones, texting, and apps. While such access serves as a wonderful convenience, it also has a price. A May 2013 article in The Wall Street Journal noted the recent decline in the frequency and length of eye contact in face-to-face interactions. Adults make eye contact for 30-60 percent of the time in an average conversation, well short of the 60-70 percent required to create a sense of emotional connection. We have increased the quantity of our relationships and accessibility to friends through a digital medium but it has taken a toll on the quality of our relationships.

We have become increasingly reactive. We status update, tweet, blog and e-mail our frustrations, disappointments and real or imagined slights with alarming speed and indifference – and lack of deliberation as to the potential consequences of our actions.

In years gone by, we were advised to handle anger and frustration by writing a letter, putting it in an envelope, and placing it in a drawer for a week – because it was often the case that by the time it was ready to be put in the mail, the issues or feelings that had aroused such wrath had already been resolved.

Today that is not the case; the availability and affordability of technological resources provide an avenue for an instant outlet for our frustrations, but with potentially profound and permanent outcomes.

For today’s youth the risks are even more significant. School-age children are growing up with technology as an ever-present facet of their lives. They have no idea what it means not to have a computer with access to entertainment, friends, and enemies. They don’t know what it was like to take a photograph and not be able to see the results immediately. And they have no experience in developing and managing meaningful relationships without the use of technology as a key relationship-building tool.

Most important, without being taught good digital citizenship they are likely to engage in behaviors that will hinder healthy social and emotional development, and to make mistakes that can negatively impact them for the rest of their lives.

With 80 percent of teens reporting exposure to explicit materials online, and given our understanding of the significant psychological impact of such exposure, some schools and communities have given much attention to this matter.

There is no question, though, that issues surrounding technology-based social engagement, including online aggression, have been under-addressed in our community. To clarify, this is not just an Internet issue but a technology-based digital citizenship one.

Though they overlap, Internet safety and digital citizenship are not synonymous terms. While Internet safety identifies ways of steering clear of potentially damaging content on the web, digital citizenship seeks to educate individuals on ethical and socially acceptable norms of interaction in the digital realm. Just as we don’t hand over car keys to an adolescent without teaching him the rules of the road through required safety classes and practice runs, we should not be handing over the keys to technology without doing similar due diligence.

The research suggests an increased dependence on technology for social connectivity in adolescents. A study conducted by the cellular technology industry found that nearly 80 percent of adolescents aged 13-19 have a mobile device, and nearly half of them somewhat or strongly agreed that their cellphone was the key ingredient to their social life.

Ironically, a recent Kent State University study suggests that avid cellphone use in college-age students is associated with higher levels of anxiety and lower subjective well-being and academic performance. The data from these studies may give some insight into a new phenomenon known as texting addiction, where the compulsion to send texts and the need to receive them becomes so strong that it interferes with normal daily functioning. In many instances, despite the repeated requests of friends for the text addict to stop sending them texts, the addict cannot control himself as it represents such a powerful connection to social engagement.

Text addiction takes on an additional component in the Orthodox Jewish community through what has been termed “Half-Shabbos.” Half-Shabbos is when otherwise observant adolescents do not refrain from maintaining social relationships through social networking applications and texting on Shabbos. A recent Yeshiva University study found that nearly 18 percent of students at Modern Orthodox yeshivot report texting on Shabbos. Other anecdotal data indicates the issue is not unique to the Modern Orthodox community.

A 2011 Pew study found that 95 percent of all teens ages 12-17 are online. Some 80 percent of those online teens are users of social media sites and 88 percent of them have witnessed other people being mean or cruel online; a significant majority of them report ignoring such behavior. Cyber bullying and online aggression can have tragic consequences. In 2011 and during the first four months of 2012 there were 18 cases of adolescent suicides related to cyber bullying. This growing phenomenon should be of great concern to parents, educators and mental health professionals alike, as it really brings into focus the need for a formalized educational program of digital citizenship.

There are those who will say this is not a pressing issue in the Orthodox community; that certainly fewer than 95 percent of our teens are online and fewer than 80 percent of those teens are using social media. I would agree with them. This does not mean, however, that digital aggression does not require our attention. Even if we assume the rates are half that of the secular population, would anyone argue this is not worth addressing?

A recent study found cyber bullying to be present at a rate of roughly 10.5 percent in Jewish middle schools. While we might expect the numbers to be lower among segments of the Orthodox population that generally do not have Internet access, we would also expect the numbers to be lower in schools that have dual curricula with a strong emphasis on Jewish values and behavior. Furthermore, since most cyber bullying occurs via text message, not having Internet in the home is not enough to produce good digital citizens.

Cyber bullying is not the only issue associated with good digital citizenship. Other forms of online aggression can be problematic for today’s youth. Threatening posts, e-mails or messages can have consequences that are profound and even permanent. It is the nature of adolescents to be impulsive, to test boundaries, to make and learn from their mistakes. But it is the responsibility of parents and educators to mitigate the potential consequences of those mistakes through education, mentoring, and modeling.

We need to promote healthy face-to-face socialization opportunities to reduce dependence on technology for social interactions.

While we are fortunate that, to my knowledge, there have not been any fatal incidents in our community as a result of cyber bullying or deficits in digital citizenship, we should not wait until a tragedy occurs to address this critical issue.

It is our responsibility to educate and be educated about how technology impacts our lives – both positively and negatively – and provide to our children and community the necessary tools to succeed in being good digital citizens. 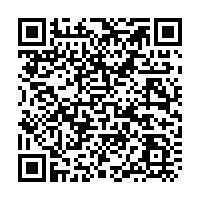