The Arabs in Israel love to compare the Israelis to the Crusaders.  They want to see us as a temporary invader, who will disappear from this land.

As MK Zahalka said a few months ago: “We were here before you, and we will be here after you.”

To which Prime Minister Netanyahu replied: “The first part isn’t true, and the second part won’t happen”, thereby earning himself a place in meme history.

But this view of Crusader history is also a very narrow one.  Though I generally focus on Jewish history in Israel, it’s also important to be aware of the other people who lived in this land, if only because history repeats itself, and not always in the way the Arabs think it does.

The Crusaders conquered Israel in 1099.  They managed to hold the country for 100 years, but then in 1187, the Kurdish warrior Saladin conquered Jerusalem and Israel and expelled the Crusaders.

The West immediately declared another Crusade to reconquer Jerusalem.  The Crusaders, led by Richard the Lionheart, started off by laying siege to Acre (Akko).  The Muslims vowed to fight till the last man, but after two years, they surrendered.  Saladin paid 200,000 gold dinars in return for the residents of the city.  He also freed 2,500 POWs and returned the remnants of the “True Cross” to the Christians.

The Crusaders continued conquering along the coast, and Saladin, who found himself retreating, responded by destroying the fortresses, in order to prevent them from falling into Christian hands.

In September of 1192, a peace agreement was signed in Jaffa (Yaffo), in which the Muslims recognized the new Crusader state that stretched from Tyre (Tzor) to Jaffa, with the addition of the Ramle-Lod enclave.  The Christians got permission to make free, unarmed pilgrimage to Jerusalem.

Over the next 100 years, the Crusader state spread out over the coast.  Spanning from Armenia, through Syria and along the Israeli coast down to Ashkelon, and included Ramle, Jerusalem and Bethlehem.  At times it also controlled Judea, the Galilee and Lake Kinneret.  Western influence on the coastal area continued almost unabated from the Crusader Era down to today.

As part of the on-going wars: in the spring of 1219, the Ayyubian rulers, Saladin’s successors, destroyed the walls of Jerusalem.

During this period the Crusaders focused on trying to conquer Egypt, which they saw as the key to conquering all of Israel.  In the fall of 1219 the Crusaders conquered a major port city on the Nile, Damietta.  The Ayyubian Sultan Al-Kamil started peace negotiations even before the city fell to Christian hands.  He offered to return the Crusaders to the 1187 lines – everything West of the Jordan – and to sign a 30-year peace treaty.

The various Crusader groups split on the offer.  Some wanted to go back to the pre-1187 lines, which included the areas East of the Jordan.  The Sultan then offered the two biggest forts on the eastern side of the Jordan, and agreed to finance the rebuilding of the walls of Jerusalem and three other cities.

The Christians rejected the offer.

In the summer of 1221, the Muslims reconquered Damietta, and the deal was off anyway.  But the Crusaders continued making gains in Israel.

In early 1229, following political manipulations, Emperor Frederick II signed a ten-year treaty with Al-Kamil: The Tell El-Ajjul-Jaffa Treaty.  This treaty gave the Christians Jerusalem (except for the Temple Mount), and recognized Crusader rule of Sidon, the Nazareth enclave, and several other areas in the Galilee.The Jerusalem enclave included Ramle-Lod and Bethlehem.

This treaty was roundly criticized by various Crusaders, as it was signed without the agreement of the local ruler of the Galilee, and was therefore somewhat theoretical.  But the Crusaders now held Jerusalem.

In 1239, after the treaty expired, the Crusaders sent another force to Israel.  But the Muslim forces attacked their camp and killed them off while they were dining.

In 1240 a new Ayyubian ruler took over, precipitating civil war on the Muslim side.  As the Ayyubians in Egypt and Syria geared up for battle, both sides turned to the Crusaders and offered a land-for-support deal.  Some of the Crusaders sided with the Syrians, and some with the Egyptians.  The Syrians offered the Crusaders the Galilee and Southern Lebanon.  In a treaty signed by the Egyptians in 1241, the Egyptians recognized Crusader rule of the Galilee and added the coastal areas up to Beirut, and down towards Gaza (not included).  The southern border now stretched from Gaza towards Hebron.

But the wars between the Ayyubians were not good for the Crusaders, and the Muslim mercenary forces that came into Israel reconquered almost everything.

The Mongolians attacked in 1260, and were soon followed by a new force – the Mamaluks, the Central-Asian slave-soldiers of Egypt.  The Mamaluks set about to reconquer Israel.  In 1291 Christian Acre fell to the Mamaluks, and so came an end to the story of the Crusaders in Israel.

Bottom line: History is not always so simple, and it did not end in 1187.  The Muslims did reconquer Israel, but quite soon were willing to give it all away.  The successors to the Great Saladin didn’t manage to hold Israel for longer than the hated Crusaders.  On the other hand, the Crusaders were offered peace deal after peace deal.  They missed opportunities and always demanded more, until they were finally kicked out and lost everything. 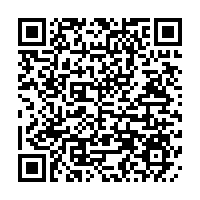