Without getting into whether or not I think Netanyahu is going to be found guilty in any of the investigations against him (I don’t think he will be, or at least not on anything major), I think he has been an excellent prime minister for Israel (with the notable exceptions of his treatment of the settlements, and the Temple Mount metal detector capitulation).

But something Netanyahu said yesterday at his rally made me cringe in disgust.

Netanyahu said at his rally, “We’re not in trouble, we have Mizrachim and Ashkenazim, we have old-timers and new Olim, we have secular and we have religious, we have Amona, and we have Dimona.”

Except we don’t. We don’t have Amona.

PM Netanyahu and his government failed to stand up to the Israeli Supreme Court and he destroyed Amona.

Furthermore, despite his explicit promises, PM Netanyahu still hasn’t built the town to replace Amona, and the former residents of Amona still don’t have a permanent residence.

So while the rhyme sounded good, and Netanyahu was simply trying to say the Likud has support from one periphery to the other, it really was an inappropriate turn of phrase and I hope he apologizes for saying it. 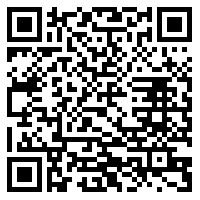