Hamas is upset with UN Secretary General Ban Ki Moon, and are calling on him to resign, and in the process admitted to committing a different act of “unlawful perfidy”, otherwise known as a war crime.

Ban Ki Moon has gone on the record of agreeing with the Israeli timeline on the kidnapping and murder of IDF officer Hadar Goldin in Gaza — that the Hamas attack occurred after the cease fire was in place.


Hams has now decided they don’t like that timeline, as it makes them guilty of breaking the truce, so they’ve come up with a new narrative.

Hamas now says they attacked, kidnapped (and murdered?) the IDF soldier before the ceasefire was in play.

But they decided to add another detail in their statement, apparently as part of their ongoing psychological warfare against Israel, and in part to try and explain how their narrative works in the real world.

While the laws of war are split on whether its acceptable to wear an enemy uniform to move forward or retreat, it is clear to all nations that wearing an enemy uniform during an actual attack constitutes “unlawful perfidy” under international law, or in simpler terms, a war crime.

Art. 23. In addition to the prohibitions provided by special Conventions, it is especially forbidden

(f) To make improper use of a flag of truce, of the national flag or of the military insignia and uniform of the enemy, as well as the distinctive badges of the Geneva Convention;

Rule 65. Perfidy Rule 65. Killing, injuring or capturing an adversary by resort to perfidy is prohibited.

Either way, whether Hamas attacked under “a flag of truce” or while wearing a “uniform of the enemy”, Hamas is guilty of a war crime, by their own admission. 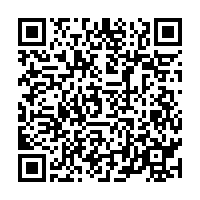