A few weeks (years, now) back DovBear discussed why we mourn during the sefira period (and why the currently espoused reasons may not be historically accurate). He then mentioned that the entire idea of medurot (bonfires) on Lag BaOmer is based on pagan customs. I think that the medurot idea could have come from the method of notifying the Jewish people in Galut of the arrival of the new Jewish Month (pre-SMS and internet).

However, there was a fascinating article in this past Shabbat’s Makor Rishon newspaper saying that the entire idea of partying on Lag BaOmer is based on… a typo.


The Talmudic Researcher Rav Avraham Kosman arrives at the conclusion that not only is the entire Lag BaOmer festival — of bonfires, going to Meiron, commemerating the death of Rav Shimon Bar Yochai — a big mistaken, but that the idea of a Hilula (celebration) to commemerate the death of tzaddikim is mistaken.

In year 363 of the common era, a terrible earthquake rocked Eretz Yisrael causing tremendous damage to Yerushalayim and loss of life….it occurred on Lag BaOmer. As a result, Lag BaOmer became a day of fasting and prayer.

There is no Mishnaic or Talmudic reference to Lag BaOmer, except that the students of Rabbi Akiva died in a plague between Pesach and Shavuot since they didn’t act kindly to each other. Many accept that it’s unlikely that Rabbi Akiva actually had 24,000 students learning in his yeshiva (Lakewood today has how many? 3000?) and this was a reference to Bar Kochba’s soldiers rebelling against Rome. To keep all references to Jewish rebellion to a minimum, the Gemara referred to these soldiers as “students of Rabbi Akiva.”

Rabbi Eliezer HaKalir wrote a kina (lament) for Lag BaOmer, also attributed as the yahrtzeit of Yehoshua Bin Nun. Fragments from the Cairo Geniza recollect the fast of Lag BaOmer commemerating the Yehoshua’s yahrtzeit and “The Earthquake” (from year 363).

So…when did Lag BaOmer appear on the scene as a day when the mourning laws of sefira stop? When and why did it make the change from a day of fasting and mourning to a day of bonfires, weddings and merriment?

The original prayers of the Ari were to beseech for a good year of wealth, and slowly the idea of commemerating a yahrtzeit went from a solemn day to one of a “hilula” (the way sephardrim and chassidim commemerate a yahrtzeit…with food, drink, and more…)

Now, the Ari didn’t write any of his books. They were all written by his student Rav Chaim Vital, and he had a monopoly on the Ari’s teachings. For 15 years, he refused to allow anyone to read his books and writings about the Ari.

Till one day…Rav Vital fell very ill. A wealthy person bribed Rav Vital’s brother with 50 gold coins — and hired 100 scribes to complete the mammoth task of copying all of Rav Vital’s manuscripts relating to the Ari…in 3 days!

Soon, all of the illegally copied manuscripts were published and available to all…yet in the haste to copy everything in 3 days, the following error occurred (according to Rav Kosman).

In the original, hand written document of Rav Vital, it says the Lag BaOmer was “יום שמחת רשב”י” — the day of happiness of Rav Shimon Bar Yochai (for being saved from the “plague – or Romans). The scribe copied it down as the abbreviated יום שמ’ רשב”י” which further was modified by the publishers to יום שמת רשב”י”, the day Rav Shimon Bar Yochai died.

Rav Shimon Bar Yochai was saved on Lag BaOmer from the “plague” (meaning he wasn’t killed that day), but there isn’t any historical record that he died on Lag BaOmer. 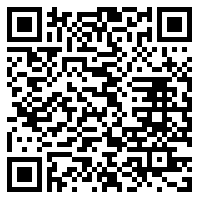