Mossawa Center for Advocacy “Build an international network of support for the Palestinian Arab minority in Israel to challenge human rights violations they face.”

You’ll note that the first two grants above are not for helping Palestinian Authority Arabs “under occupation”, but for Israeli Arabs – the same Israeli Arabs that sit as Supreme Court judges and Members of Knesset, and as citizens who receive equal treatment under the law (other than that they don’t have to get drafted into the army).

Another document from the “Outcomes of Presidential Portfolio Reviews, 2014” showed that their strategies are to:

“focus on raising the cost of the occupation and ending it on the one hand, and on human rights advocacy and protection on the other.”

You don’t need to be a genius to understand what “raising the cost of the occupation” means in plain English.

I think we all just experienced that. 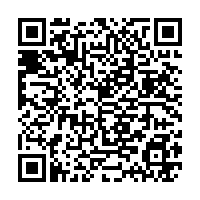