Jewish Hungarian-American business magnate George Soros, whose company files were hacked by the same outfit that in June hacked the DNC computers, was a major contributor to anti-Israel and anti-Zionist causes, as appears from an archive of leaked documents of the DC Leaks website.

Soros, one of the 30 richest people in the world, is known as “The Man Who Broke the Bank of England” in 1992 with his short sale of $10 billion in British pounds, which made him a profit of $1 billion and brought Black Wednesday upon the UK currency, has a special spot for groups that fight Israel and Israelis on multiple levels.


The list of groups hostile to Zionism and to the Jewish State that received funds from Soros is very long:

Adalah – The Legal Center for Arab Minority Rights in Israel, received a $400,000 grant in 2014-15 and 14 additional grants since 2001 totaling $2,688,561. The recently released document under the banner of the Movement for Black Lives, labeling Israel as an “apartheid state” and accusing Israel of committing “genocide” against Arabs, is the handiwork of Nadia Ben-Youssef, Adalah’s US representative, which the document lists as an “author and contributor.”

Incidentally, according to NGO Monitor, Adalah’s promotion of BDS directly contravenes the stated policies of its funder, the New Israel Fund (NIF). NIF’s position on BDS states that it “will not fund global BDS activities against Israel nor support organizations that have global BDS programs.” Nevertheless, from 2008-2015, NIF donated $1,975,826 to Adalah.

And, lo and behold, NIF is also listed as a recipient of Soros’ support, 9 grants totaling $837,500 since 2009. One of these grants, for $60,000, was given in 2015 to the Herman Schwartz Human Rights Law Fellowship, to “strengthen the capacities of young Palestinian legal professionals in legal advocacy by undertaking an LL.M. degree in human rights law in the US along with internships opportunities in Israel.”

The list of Arab groups operating with funds from Soros continues on and on, and we’ll revisit it and the dubious connection between one of the most nefarious players on the world’s financial scene and the groups whose goal is to eliminate Zionism and the Jewish character of Israel. The organizations listed in the one document JewishPress.com examined on Sunday received a total of $9,591,801 from the Soros foundations between 2001 and 2015: 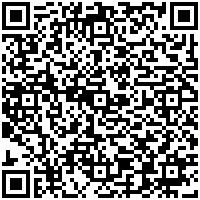