A few months ago, an Israeli-Arab, a Bedouin, a man for whom Israel provided education and every opportunity to better himself (as it does for every citizen), who as a result rose from the lowest socio-economic level in the country to becoming a doctor at one of Israel’s most respected hospitals, went and joined ISIS and got himself killed.

As I write this, Arab neighborhoods in Jerusalem, and now in parts of the rest of the country, are destroying themselves, trying their best to bring the Arab Ice-Age to Israel.


Some claim, if only we integrate Arabs better, or collect their garbage more often, or pave more potholes, things would be different.

The Israeli-Arab doctor who joined ISIS didn’t join because he didn’t have indoor toilet in his tent.

The Israeli-Arab joined ISIS because his own Arab-Islamic culture encouraged it.

Some secularist want to claim that its the fault of Yehudah Glick and other Jews who go up to the Temple Mount, who are instigating these riots. Or maybe Jews buying homes from Arabs at above market-value prices.

And while its true, more Jews want to go up and pray than ever, the reality is that Glick has been going up for years, and it’s not Glick nor any Jews that initiated or instigated the violence. That’s like blaming the rape victim.

The war stems from both Arab-Islamic culture, as well as from our own Israeli secularists who don’t understand the nature of this unidirectional religious war.

In 1967, Rabbi Goren wanted to initiate Jewish prayer on the Temple Mount, and he even succeeded for a short time. He even suggested that Israel take the mosque down, and correctly pointed out that this would be Israel’s only opportunity to do so.

But instead, avowed secularist Moshe Dayan mistakenly gave up the Temple Mount to the completely flabbergasted Arabs who not only expected Israel to do its worse, but after losing so spectacularly, would have quietly accepted the worst Israel could have done.

The riots we have now in Jerusalem, stem 100% from Moshe Dayan’s frightful secular-inspired mistake.

The Arab-Islamists learned that the secular Israeli has no respect for his own history, birthright, heritage and religion. They didn’t see restraint as stemming from strength. They saw fear. And then inspired them to fight on, rather than confront their deepest fear.

Secular Jews think this is a war about land. If they think it’s a religious war at all, they blame religious Jews for it.

It’s not because the Temple Mount or even the Land of Israel is specifically important to them.

It is the center of their religious battle with us, because Jewish control over the Temple Mount negates the tenets of their Islamic faith — and that fraudulence is a crisis they can’t deal with. The closer Jews are to controlling the Temple Mount, the closer we are to negating their religion in their eyes, and the more they need to fight us.

This latest Intifada will be quelled by Israel, though how long it will take will depend on Israel’s determination to win.

But until Israel starts respecting Jewish rights to our holy sites, temporarily quelled or not, this war will continue. 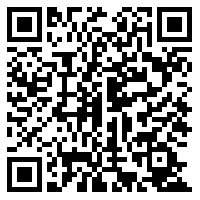