Arabs with Israeli citizenship called for a “third intifada” on Saturday in protests in Haifa and trendy neighborhood in Jerusalem and riots in the Galilee in northern Israel, in Jerusalem and Judea and Samaria.

The radical Islamic Movement, whose northern branch is headquartered in Umm el-Fahm in the Lower Galilee, called settlers “dogs” and hailed the Arab terrorist who was killed by police Friday night a “martyr.”


Rock -throwing spread from the usual hotspots in Judea and Samaria to a major highway north of central Israel. Two Egged bus passengers suffered light wounds when rocks were thrown as the bus passed the police station near the Iron Junction, east of Hadera.

A three-year-old child was one of several Jews lightly injured by rock-throwing terrorists near the community of Shilo in Samaria.

Rioters in Jerusalem caused light damage to the light rail system, used by Arabs and Jews.

In the up-scale German Colony neighborhood in Jerusalem, 100 members of the left-wing Hadash party staged a protest blaming the Netanyahu government for the escalation of violence in eastern Jerusalem.

Border Police clashed with rioters in the Muslim Quarter in the Old City of Jerusalem and in eastern Jerusalem. 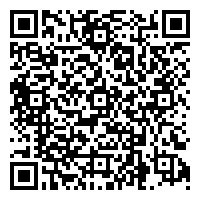