“as the number of religious commanders in the army increases, we’re in for bigger problems.”

Dr. Carmon is not only the president of the Israel Democracy Institute, but he is one of the senior members of a group of people trying to put together a Constitution (“by Concensus”) for the state of Israel. A Constitution that is supposed to represent all of Israeli society and our shared values.


Following the publication of his statement last week, Carmon felt that there was a need to clarify what he really meant.

Carmon said (with my comments added in [italics]):

“As someone who was injured during my army service [yes, because that now gives any statement he makes automatic legitimacy], and whose sons fight shoulder to shoulder with their brother’s [see previous comment], the religious soldiers, the alumni of the National-Religious educational system, I have much respect for them, to the soldiers and commanders in the IDF whose contributions to the security of Israel are priceless [did he mention that some of his best friends are religious too?].It’s important for me to clarify that in the heat of the interview, my words were not understood properly [Actually, I think we did understand them properly].

I meant, that as long as there is no solution for the source of the authority in the IDF in general, and specifically, including the integration of women [because listening to women sing, is the biggest problem the army faces], the problems will grow and increase. As the number of religious soldiers and commanders grow, since the authority of their Rabbis is what rules for them, the size of the problem will get larger. More and more officers and soldiers will find themselves indecisive when they face this conflict.

Any other way to understand my words is mistaken.”

I’m honestly not sure what is worse, the original statement or his clarification.

Carmon is clearly afraid of two things, that the soldiers have a moral authority and value system that he doesn’t share, that supersedes blindly following orders, and that religious soldiers are blocking his coercive goals of secular-democratic supremacy.

Though logically that doesn’t make sense, because if there are more religious soldiers who share a common moral thought process, the conflict is unlikely to trickle down, as obviously immoral and illegal orders will be identified and stopped higher up in hierarchy – as they should be.

But, Carmon is thinking of two specific issues – one he states, which is the integration of women, and the other, which I believe he implies, is not following orders in case of another Expulsion/Disengagement – the classic Israeli argument of moral/religious right vs. the tyranny of the majority- the Jewish-Democratic state conflict.

Carmon has firmly placed himself firmly on one side of that argument, the secular side that immorally kicked out 8000 Jews from their homes and let a terrorist state develop in Gaza, and would do so again in Judea and Samaria if they could.

Yet Carmon apparently doesn’t have a problem with too many left-wing pilots or reservists, hundreds of whom famously signed onto petitions saying they won’t follow orders to attack our enemies. You would think that he would find an identifiable group who seditiously and openly called for disobeying orders to attack the enemy to be far more worrisome than religious soldiers and officers, with a healthy and respected value system. But as you’ll see later in the article, he doesn’t.

To my knowledge, Carmon has never said that as the number of Left-wing pilots grows, the problems will increase. No, he specifically said the problem is with too many religious commanders. 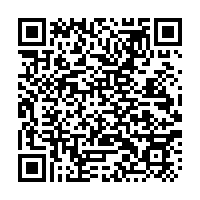