The U.S.-led attack on the “Islamic State” (or ISIL, as President Obama prefers to call them) deserves our full support in light of the brave and just decision to attack infrastructure targets under “Islamic State” control, despite the unavoidable ensuing collateral damage.

The U.S. is fighting a war against a dangerous and barbaric enemy, like Israel recently fought against Hamas.

It’s impossible to win a fight with one arm tied behind your back, and President Obama has shown courageous leadership with his decision to take the gloves off and attack the “Islamic State” properly, despite the potentially high cost.

We are sure that the United States Armed Forces are taking all necessary precautions to reduce civilian casualties and infrastructure damage where possible.

In fact, we believe Israel should take a page right out of President Obama’s playbook the next time it needs to fight a war against Hamas or Hezbollah. 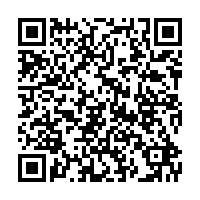