Every time I log onto a news website, Donald Trump’s face seems to be the first thing I see.

The articles across the internet mostly lambast him for doing something wrong; be it for deleting a tweet or not having sent one out at all! From what it seems, the new President will do wrong no matter whether what he is doing is in fact squeaky clean.

I’ve been in the US for the past few weeks and on the whole, the country seems in distress. The celebrities crying out in anguish at his appointment, the riots and protests against him – it’s all a phenomenon to me to be honest.

British politics certainly isn’t like that. To be fair, the whole election process is completely different too. Our current Prime Minister wasn’t even elected – she just sort of fell into the role overnight and we put up with it. Either way, let’s look at the facts.

The American people, as a majority, elected this man to take charge. The only thing I can look at in comparison to this is Brexit. From what it seems, both our nations wanted radical change from the norm that has taken hold of society. We need a difference and even though it appears to be a drastic one, clearly the world needs this shake.

It’s not by chance a man with no previous governmental experience suddenly became the person with the most powerful position in, debatably, the world. It’s not a chance the UK, against all odds, voted to leave the European Union.

We can’t explain it, we can’t believe it, but we have to accept it.

If anything, we now need to open our eyes to realise these cogs were put into motion by a force higher than any of us.

There are moments in each of our lives when, I’m sure, we think to ourselves ‘I don’t know how that happened but it is most certainly from G-d’. Well, this is one of those moments but on an extremely large scale.

It’s times like these where we must have faith. We must believe all these surprising turns are a part of one huge master plan. Let’s be honest, trusting in man is a lot more difficult than trusting in G-d. With G-d, you know the best interest of our people is going to be at the forefront; you can’t put that kind of trust in fellow beings because ultimately, everyone tends to be out for themselves.

It’s hard to know what to expect now though – Trump has taken control of the oval office and we’re not quite sure yet which buttons his fingers will press.

Will he be good for the Jewish people? Will he keep good on his previous promises such as moving the embassy to Jerusalem? Who knows.

There’s only one thing we can be certain about: The Times They Are A Changin.’ 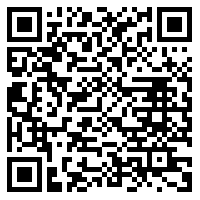