I selected excerpts from the “Full Official Text of President Mahmoud Abbas’ Speech at the UNGA, to be delivered on September 26 with my underlining.

But there was a problem. A different speech, in part, was delivered on September 27.

The Question Palestine is intricately linked with…the plight of Palestine refugees, who are the victims of Al-Nakba (Catastrophe) that occurred in 1948…

…Over the past year we did not leave a door to be knocked or channel to be tested or path to be taken and we did not ignore any formal or informal party of influence and stature to be addressed…all of these sincere efforts and endeavors undertaken by international parties were repeatedly wrecked by the positions of the Israeli government…the Israeli government refuses to commit to terms of reference for the negotiations that are based on international law and United Nations resolutions, and that it frantically continues to intensify building of settlements on the territory of the State of Palestine.

Settlement activities embody the core of the policy of colonial military occupation of the land of the Palestinian people and all of the brutality of aggression and racial discrimination against our people that this policy entails. This policy, which constitutes a breach of international humanitarian law and United Nations resolutions, is the primary cause for the failure of the peace process…

…a horrific picture about the size of the settlement campaign, which the Israeli government does not hesitate to boast about and which it continues to execute through the systematic confiscation of the Palestinian lands…The occupying Power also continues to undertake excavations that threaten our holy places, and its military checkpoints prevent our citizens from getting access to their mosques and churches, and it continues to besiege the Holy City with a ring of settlements imposed to separate the Holy City from the rest of the Palestinian cities.

…At the same time, the occupying Power continues to impose its blockade on the Gaza Strip and to target Palestinian civilians by assassinations, air strikes and artillery shelling, persisting with its war of aggression of three years ago on Gaza, which resulted in massive destruction of homes, schools, hospitals, and mosques, and the thousands of martyrs and wounded.

…In recent years, the criminal actions of armed settler militias, who enjoy the special protection of the occupation army, has intensified with the perpetration of frequent attacks against our people, targeting their homes, schools, universities, mosques, fields, crops and trees. Despite our repeated warnings, the occupying Power has not acted to curb these attacks and we hold them fully responsible for the crimes of the settlers.

…the 1948 Al-Nakba, one of the worst operations of uprooting, destruction and removal of a vibrant and cohesive society that had been contributing in a pioneering and leading way in the cultural, educational and economic renaissance of the Arab Middle East.

…we agreed to establish the State of Palestine on only 22% of the territory of historical Palestine – on all the Palestinian Territory occupied by Israel in 1967.

…1. The goal of the Palestinian people is the realization of their inalienable national rights in their independent State of Palestine, with East Jerusalem as its capital, on all the land of the West Bank, including East Jerusalem, and the Gaza Strip…and with the achievement of a just and agreed upon solution to the Palestine refugee issue in accordance with resolution 194…

2. The PLO and the Palestinian people adhere to the renouncement of violence and rejection and condemning of terrorism in all its forms, especially State terrorism… 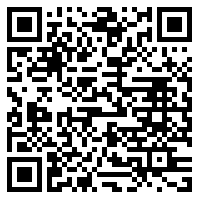