Excerpts from Mahmoud Abbas’ speech at the summit of the Organization of Islamic Cooperation (OIC) and my brief comments:

1. “I salute our Christian and Muslim people, inside and outside the walls of the Old City, the protectors of the Al-Aqsa Mosque, the Church of the Resurrection, the guards of the walls of Jerusalem.”

YM: No Jews. There are no Jews in his concept of a “Palestine”.
Advertisement


2. “President Trump’s declaration that Jerusalem is the capital of Israel…is a flagrant violation of international law and signed agreements, especially Security Council resolutions,”

YM: International law and Security Council resolutions do not go hand-in-hand and if Arabs rejected 181 in 1947 and the city’s internationalization, you can’t claim it is relevant today.

3. “We will remain together and calmly defend Jerusalem and support your steadfastness with all our potential. The plots that target our city and the capital of our state,”

YM: Even if Abbas thinks he rules a “state”, “Arab Palestine”, how can he declare Jerusalem its capital while at the same time deny that Israel cannot do the same?

4. “It is a Palestinian Arab Muslim Christian city, the eternal capital of the state of Palestine”

5. “Our role in the fight against terrorism in our region and the world is known to all.”

YM: After the Mufti, the Black Hand (al-Kaff al-Aswad), Izz ad-Din al-Qassam, the Terror Bands of 1936-39, the Fedayeen, the PLO, Hamas, Islamic Jihad, et al., to portray the Palestinian Authority which incites to terror and fighting against is perversion.

6. “Israel…invaded our land, expelled our people, destroyed more than 400 Palestinian villages and towns, and violated all international resolutions, including resolutions 181, 194,”

YM: So the conflict isn’t a post-1967 one but an historical confrontation stretching back over centuries. It is not about territory but existence and Jewish national identity.

7. We will continue our efforts to build our national institutions
Since 1993 (at the minimum if we start at Oslo), the PA has been “building institutions”

YM: That’s some 24 years.  Nothing really to be proud of.  In comparison, review what the Jewish Yishuv did 24 years after the League of Nations decision in 1922. We had a state, fully functioning.

8. “recognizing the State of Palestine on the 1967 borders with East Jerusalem as its capital”

YM: Thereby limiting, as was done between 1948-1967, Jewish rights to visit our holy places, be secure in a city that has been Jewish for 3000 years and in which Arabs expelled Jews, ethnically-cleansing the city of its Jewish residents, destroying synagogues and grave tombs and more.

Thanks to IsraellyCool, I need to add one more point as I notice that my source was the “unofficial translation”, in other words, the edited one:

Yes, women and men believe in our right and God’s promise to us, that this holy Palestinian city and since it was founded by the Canaanite Jebusites five thousand years ago were not and will not be other than the capital of our independent state and the sovereign the State of Palestine;

Arab so-called Palestinians have nothing to do with Jebusites, Canaanites, Hittites or whatever.

But there’s also this:

“I don’t want to discuss religion or history because they are really excellent in faking and counterfeiting history. But if we read the Torah it says that the Canaanites were there before the time of our prophet Abraham and their [Canaanite] existence continued since that time, this is in the Torah itself. But if they would like to fake this history, they are really masters in this and it is mentioned in the holy Quran they fabricate truth and they try to do that and they believe in that but we have been there in this location for thousands of years.” 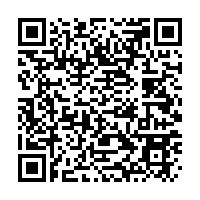