If you have read this:

You are probably upset.


You may be upset because you know that “children” includes youngsters up to age 18 who are educated by the Palestinian Authority to riot, maim and even kill as terrorists in the tradition that has been inculcated in Arab kids since, at least, 1920 in the region because they have been taught to view Zionism as evil and Jews as has been recounted by using the terms:

and you may think, “has the Congresswoman done anything to support programs to limit funding to the Palestinian Authority to halt its incitement actions like naming schools after terrorists, etc.?”

You may be upset knowing that among the endorsers of this move are the Churches for Middle East Peace and Jewish Voices for Peace who support the Boycott, Divestment and Sanctions movement against Israel as well as Defense for Children International – Palestine, Friends Committee on National Legislation, Mennonite Central Committee, Presbyterian Church (USA), the U.S. Campaign for Palestinian Rights and United Methodists for Kairos Response (UMKR).

You may be upset knowing that Israel, under the circumstances does its best to assure the safety of children (and I have been involved when I did reserve duty in dealing with youngsters who need to be detained or questioned) and that there will always be, unfortunately, a small percentage of problems.

You can review these publications: 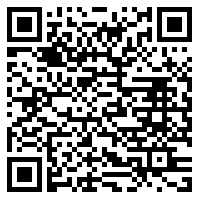