{Originally posted to the author’s blogsite}

In November 1922, Gabriel Narotuwicz was elected President of the Polish Republic. He was eventually assassinated a mere five days later, accused among other claims that he was too sympathetic to the Jews..


On the background of the remarks of Acting Foreign Minister Yisrael Katz, quoting Yitzhak Shamir, “that Poles ‘suckle anti-Semitism with their mothers’ milk‘” it is historically necessary to note this:

From the breasts of the youth a spontaneous call went forth: ‘We don’t want this kind of president! We don’t know him! Down with the Jews!’ This chant echoed through the streets of Warsaw and spontaneously a march was formed. (p. 2 of this doctorate)

When the Bloc’s votes tipped the scale in favor of Narutowicz, the candidate of the left, a violent and fiercely anti-Semitic campaign was orchestrated against the new president. It was waged jointly by the National Democratic press, parliamentary deputies, and demonstrators in the street, all of which claimed that only a “Polish majority” had the 2 right to elect the president of Poland.

Jews were always “aliens” in Poland. No matter what other charge Polish nationalists make, justified or not during the interwar period and just entering the Holocaust period – about Jewish Bolsheviks, about part of the Soviet oppression, economic exploitations, etc., at the end, Jews were not real citizens. And so, ghetto benches were set up, kosher ritual slaughter was banned partially, pogroms took place and other violent actions. 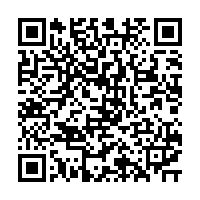