During the period when the Land of Israel was ruled by the Seleucid dynasty of the Syrian-Greek Empire, Antiochus IV came to be the emperor in 174 BCE. He was known as called Epiphanes. He sought to unify his subjects by forcing upoon them a common religion and culture. For the Jews of Judea this meant a suppression of Jewish law. He also interfered in matters of the Holy Temple worship.


Eventually, a revolt broke out, sparked by the actions a priestly family, the Hasmoneans, in Modiin led at first by Mattityahu and then his sons. They became known as the Maccabees and were quite successful in their tactics of guerrilla warfare. The Syrian-Greek occupiers were defeated.  Returning to liberated Jerusalem and led by Judah, they entered the Temple courtyards, removed the idols placed there by the Syrians, built a new altar and dedicated it on the twenty-fifth of the month of Kislev, in the year 139 BCE.

Seeking oil to light the Menorah, they found only a small cruse of pure olive oil bearing the seal of the High Priest Yochanan. It was sufficient to create light for only one day. By a miracle of God, it continued to burn for eight days.

This is, in concise form, the Hanukah story.

But where did the story take place? Where were the battles? Where was the Temple?

What is the geography of Hanukah?

Here is a map of the major sites of the Hanukah story: 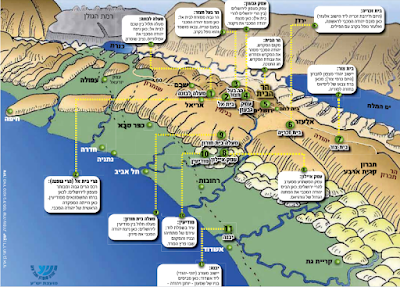 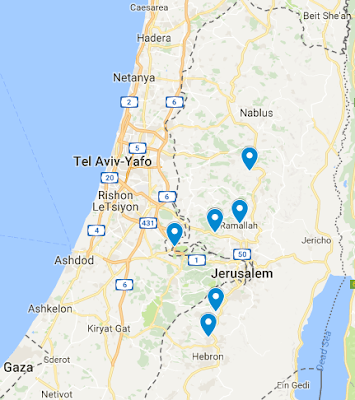 Here is a map of the entire period of the Hasmonean reign which continued until 63 BCE or so when the territory controlled expanded across the Jordan River as it was previously from Biblical times: 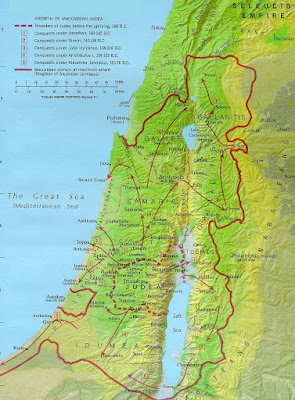 In other words, if we apply contemporary terms, the main site of the miracle we celebrate by lighting candles for eight days, Temple. is now in… “occupied East Jerusalem”.

The major battles the Maccabees waged were:

All in what is mistakenly called the “West Bank”.

Of course, this would mean that we would might think that we are celebrating a holiday of occupation.

But that would be wrong. In fact, it is the language and rhetoric of “occupation” used today that is what is wrong and incorrect.

What we need is a linguistic revolt, especially among Jews.

Jewish control/administration over Judea and Samaria and all of Jerusalem is not wrong, not immoral but a return to the true geography of the Jewish national home, Judaism and Jewish history. 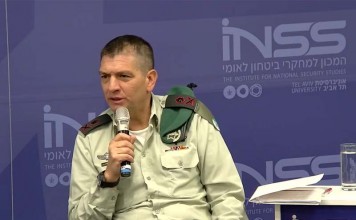 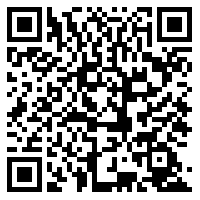