Is the country “Jordan” or, the “Hashemite Kingdom of Jordan” part of Palestine which, in my opinion, means that any resolution of the so-called “Palestinian Arab problem” need include in its geographical elements the participation of that country?

An area in the extreme north of Palestine, previously included in the territory of Syria, was transferred to Palestine, as from the 1st April 1924, in accordance with the terms of the Palestine-Syria Boundary Convention of 1920. This area contains twenty villages with a population of nearly 9,000. It includes Tel-el-Ivadi, the ancient Dan, and its inclusion has restored to Palestine her biblical boundaries “from Dan even unto Beersheba.”

Although Trans-Jordan is under an administration separate from that of Palestine, this Report would be incomplete without a summary, however brief, of events in that territory. It forms part of the same Mandatory Area; its Government is under the general superintendence of the High Commissioner for Palestine; it demands, indeed, no small share of his attention…

…When the war ended, Trans־Jordan found itself within the administrative area which had been entrusted to His Highness the Amir Faisal, the third son of King Hussein of the Hejaz; his capital was at Damascus. In July 1920, the Amir came into conflict with the French authorities, who exercise the Mandate for Syria, land left the country. At that moment Trans-Jordan was left politically derelict. The frontier between the two Mandatory zones, as agreed between Great Britain and France, cut it off from Syria, but no authority had been exercised from Palestine. The establishment of a direct British administration was not possible, since Trans-Jordan was part of the extensive area, with regard to which a premise had been given by the British Government in 1915, in the course of negotiations with the Hejaz, that Arab independence would be favoured there. Nor would His Majesty’s Government have been prepared, in any case to send armed forces to maintain an administration. These conditions having arisen soon after my arrival in Palestine, I proceeded to Trans-Jordan in August 1920. I held a meeting with the leading inhabitants, and, as no centralised government was at that time possible, I took steps to establish local Councils in the three districts into which the country is divided by its natural features. These Councils assumed the administration, of affairs, with the .assistance of a small number of British officers, who were sent from Palestine for the purpose. A few months later, His Highness the Amir Abdulla, the second son of King Hussein, arrived in Trans־Jordan from the Hejaz. He had with him a small force, and he expressed hostile intention with regard to the French authorities in Syria, The Colonial Secretary, Mr. Churchill, was at that time in Palestine. A conference with the Amir was held at Jerusalem, and an agreement made, under which the Mandatory Power recognised him, for a period, as administrator of Trans-Jordan with the condition that any action hostile to Syria must be abandoned. In 1922, the Amir visited London; the arrangement was confirmed

Jordan is part of historic Palestine. 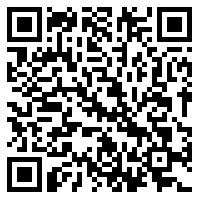