It follows from the publication of an op-ed.

Of course, there were comments. A few I’ll place at the bottom of this.

The content zeroes in on one aspect of the original op-ed and responds to comments previously made on his piece.  I feel some fishing is required as it relates to the issue of the right of Jewish to resettle the Land of Israel and the ramifications of our presence there. I will, however, include the entire text so as to avoid charges of selective quoting.

The FB post and my comments in blue and bracketed:

To each and every one of you that wrote to me about using the word “Ashkenazi” in my article to inquire about it, to ask why I did it, or who publicly (or privately) had to made a statement, calling me a Jew hater, anti-Israel, dangerous, racist, etc.

Ask yourself: when was the last time you were as outraged about race issues? About actual racial injustices against minorities? When was the last time you spoke about race issues in Israel? Did you speak out about the discrimination against Mizrahim in Israel? [This is an issue that Menachem Begin and his Herut Party got involved in almost from the start, 1949. His famous election eve speech in June 1981 was on this charge. As A Betari and Herut member, I can vouch that I and hundreds of thousands of Ashkenazi Jews did speak out and even did something and even improved the situation] Against the disproportionate representation of minorities like Mizrahim and of course Ethiopians, Druzim, Arabs, in leadership of most industries and official bodies? [Two of my daughters went to Addis Abba for several weeks to do community work, including Pesach] Did you protest in the streets for the Ethiopians? [I was involved with כנף דרום לציון {South Wing to Zion} run by now Likud MK Avraham Neguise and Yehuda Etzion in the late 1980s and almost went to Addis with Geulah Cohen in 1991] For any of the minorities in Israel?

If the last time it happened was my article, because I mentioned Ashkenazim in a way that you didn’t like, it dose [sic] not make me the racist.

These are the facts:
– Jews are indigenous to Israel whether Ashkenazi or Mizrahi, I’ve mentioned it in my article.
– There is a disproportionate number of North American immigrants in the settlements. [I would love to see the proof of that, especially as compared to any other immigrant group, like from the former Soviet Union. I think we are more highly profiled due to the need of journalists to speak with someone who actually speaks a passable English for TV & radio interviews. Even Sara Hirschhorn’s figures are disputed]
– The majority of North American Jews are of Ashkenazi descent (90%) [and? until the early 19th century, most immigrant Jews in the United States were of a Sfaradi origin but things change and Jews could get out of Europe but either couldn’t from Arab/Islamic lands or didn’t want to]
– Ashkenazim in Israel have a history of discrimination against Mizrahim and minority communities in Israel. [that could be understood as a bit racist. I think Yemenites discriminate against everyone, Iraqis don’t appreciate North Africans and vice versa and so on]
– The fact that those voices, in my personal experience (as I wrote), are so passionate not about returning to our legitimate homeland, but about *denying* another peoples connection to the land, is exactly the irony I was talking about. [“those” re those that discriminate? Sfaradim do not *deny* Arabs recognition as a separate national grouping inherently “Palestinian”? really? And, by the way, although I cannot point to figures, the proportion of “mixed” Ashkenazi-Mizrachi/Sfaradi marriages in the Jewish communities in Judea and Samaria I think are quite high or impressive as compared to any other sub-community in Israel]

That is not to say that there aren’t racist intolerant Mizrahim [whew!], it is to say that there is a problem in Israel with race, and coincidentally the group with a history of institutionalized racism against people of color is the same group in the West Bank who is vocally opposing Palestinian self-determination, from what I have seen. [that is an opinion, a problematic one and a charge I would deny]

All of the radical right wing experts on “how to appeal to progressives and millennials” and the fake progressives that went to universities in the US and in their time achieved nothing but creating more noise about BDS and more hate against Jews [ah, it’s those “experts’ fault?], all the linguistic experts on which words work and how to make “the case for Israel to liberals” that have failed over and over again, [and the writer has succeeded? as a progressive Mizrachi?] All of you that challenge my commitment to my country [very few challenged your commitment. Almost all challenged your charges, your “facts” and your perspectives] when you served for few months, or never at all [poor Shimon Peres, having not served in the IDF], in the Israeli army while I gave 5 years, All of you that were born and raised in the diaspora and still feel comfortable attacking an Israeli that STILL lives here [I’m still here after 48 years] and dedicated the last 7 years of my life to defending Israel around the world, facing hundreds of protestors, and all of you that liked me as long as I say only what you want to hear, then you “love” me…

To all of you, know that if anything, today you’ve pushed me away, further, and you’ve made my case for me. You are the problem.[no, your ideological perceptions and your new opinions are problematic as they are based on facts that aren’t quite facts] 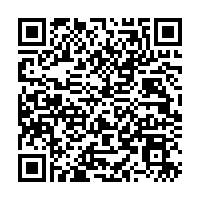