Farouk Kaddoumi, a veteran PLO official, dropped a political bombshell Wednesday with a call for “returning” the West Bank to Jordan. Kaddoumi, who is based in Tunisia, said he supported the idea of a federation or confederation between the West Bank and Jordan. His remarks, which came during an interview with the London-based Al- Quds Al-Arabi newspaper, are the first of their kind to be voiced by a senior PLO figure in decades…He added, nevertheless, that the Palestinians should not drop their demand for a right to return to Israel proper. “We launched our revolution for all of Palestine, and that’s why we need to be very cautious,” Kaddoumi said. “We must safeguard our people’s right to return,” he stressed. “We must insist on the right of return for all refugees, because this is the minimum that we could accept.”

Well, isn’t that an interesting statement.

A confederation has been an Israeli suggestion for decades and now they are finally getting around to discussing it.

But, if the “minimum” is swamping Israel with “refugees”, that seems to be a reverse “Two Banks Has The Jordan” concept – Israel and Jordan disappear. 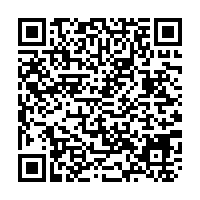