Reported in the UK Sun:

Mila Kunis was the target of a horrific anti-Semitic insult – from a politician in her native Ukraine. The Black Swan babe was reportedly called a “zhydovka” by Igor Miroshnichenko – who said she was not a “true Ukrainian”. Celeb website TMZ said the phrase translates as “dirty Jewess” and the slur has caused outrage in the Jewish community…Mila – who topped our 100 hottest women in the world poll earlier this year – told how she fled the country of her birth when she was growing up for fear of persecution. She said: “My whole family was in the Holocaust. My grandparents passed and not many survived. “After the Holocaust, in Russia you were not allowed to be religious. So my parents raised me to know I was Jewish. You know who you are inside.” Her grandparents managed to escape the Second World War slaughter — but other relatives did not. Mila — born Milena — saw anti-Semitic graffiti in her school in Chernivtsi, a city in the south-west of the country.

That’s no way to treat a lady. 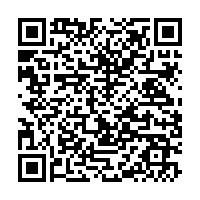