Aged 14 at the time, Kurt was part of a Christian group called the Templers. He lived in a settlement in Jerusalem – the district still known as the German Colony today.  By the late 1940s though, the entire Templer community of seven settlements across Palestine had been deported, never to return.

More, after the change after 1934. Rosemarie Hahn relates:

My Jewish friend was taken out of school, and my brother had a Jewish friend who never came back – because of the politics.”  By this time, the Nazi party had risen to power in Germany and the ripples had spread to expatriate communities, including in Palestine. A branch was established in Haifa by Templer Karl Ruff in 1933, and other Templer colonies followed, including Jerusalem. …In Jerusalem, a teacher at one of the Templer schools, Ludwig Buchhalter, became the local party chief and led efforts to ensure Nazism permeated all aspects of German life there.

according to Heidemarie Wawrzyn, whose book Nazis in the Holy Land 1933-1948 is due to be published next week, about 75% of Germans in Palestine who belonged to the Nazi party, or were in some way associated with it, were Templers. She says more than 42% of all Templers participated in Nazi activities in Palestine.

And did you know that the Nazis parachuted their agents with two Arabs into the Mandate of Palestine to poison the water supply?

Their end was deserved. 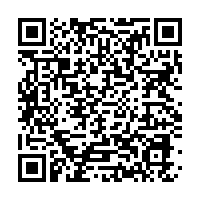