I was returning to my home in Israel after being in the States for a month.

Near the end of the ride, the airline attendants gave the 15 minute warning, after which everyone would have to stay seated, buckled-up in preparation for landing.

I was near the front of the line, waiting.  A heavy-set man, perhaps in his early sixties, began speaking to me in Hebrew. I turned and smiled, and explained my Hebrew was not very good. He then continued speaking, this time in a broad mid-western American English.

I asked the man how it was that his Hebrew was so good, and he explained he had served in the IDF in the 1970’s. I was a little surprised, as he was not very rugged looking (or sounding), but I thanked him for serving.

He asked me whether I had been to Israel before, and I explained to him that I have been many times before and was living in the country for this whole year.

So far so good. An easy, smile-filled patter continued briefly, although I sensed a small dip of disappointment, perhaps realizing he would not be able to play the role of informed insider to a wide-eyed new visitor.

And then everything changed.

It changed when I told him where I was living this year.

Once I told him I was living in Gush Etzion, in the community of Efrat, a prickly shell began forming.

“Oh, one of my relatives lives there. He’s very right-wing,” he said to me.

“Really?” I replied, “What does that mean?” Perhaps my gaze became a little more focused at this point, perhaps a shell began coating my soft outer flesh.

“Oh, well, I know many settlers, I met them when I was serving in the West Bank, actually many are very nice.”

“But?” I prompted, still gazing intently at him.

“Well, like my friends, and as all of the major military figures agree, I know that the only hope for Israel is the new party with Herzog and Livni*,” he said, assuming that because there are former members of the Israeli military championing his dream ticket, he would win this round.

“What do you mean, the only hope for Israel?” I asked.

“Well, the only hope for peace,” he explained.

“So, you think Israel is the obstacle to peace?” I asked. That was the end of the conversation. He looked away, found a teenage girl who had come up behind us, and began querying her about her future plans. I heard him encouraging her to consider applying to the midwestern state university where he teaches.

It took a few minutes for my blood to cool.

I am sure my airplane bathroom line partner really believes he knows what’s best for Israel. He has to believe he loves Israel. And yet, he actually believes that Israel is the obstacle to peace. He firmly believes that unless a less “hardline” regime is voted in, Israel is doomed.

Never mind that Ehud Olmert tried to hand over control of Israel’s security to the moderate terrorist sitting in the driver’s seat over at the Palestinian Authority. Never mind that from before the time Israel was reborn she has never had true peace no matter who was sitting in the Prime Minister’s office, left, right or center.

On whom can we blame this man’s misguided thinking? And how can we hope to counter the message he so quickly shares on bathroom lines and, no doubt, in his classroom and synagogue listserv and possibly at public speaking events in his midwestern community? 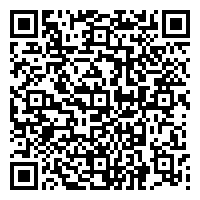