New York, March 13 – One of the Democratic Party’s fresh faces continued to make waves today, proposing far-reaching programs to alleviate economic inequality that include a provision making it against the law for indigence to exist within US borders.

Alexandria Ocasio-Cortez (D-NY) convened a press conference this morning to call attention to her latest measure to address the hardship millions of Americans face because they lack economic security: a total ban on poverty, making it a felony to import, handle, or otherwise engage in poverty, a practice that the lawmaker called one of the factors in capitalism’s irredeemable nature.

“We have all these corporations and rich people creating poverty with their greedy initiatives,” she railed. “And under Republican leadership, the situation has only gotten worse. It’s like gun control: if we want our children safer in school, in the streets, and at home, we need to ban firearms; if we want our children to have enough to eat and a comfortable life, we need to ban poverty.”

Ocasio-Cortez offered few specifics on her initiative, but cited precedents that she asserted demonstrate the feasibility of the ambitious program. “Look at Spain in the late fifteenth century,” she instructed. “They banned the open practice of faiths other than Christianity, and boom – all the adherents of those other faiths left. Even today, more than five hundred years later, the incidence of Jews in Spain is a statistical curiosity. You just have to have the political will to take these drastic steps – but our Republican colleagues, beholden to capitalist interests that maintain certain poverty levels to ensure cheap labor, certainly show none of that.”

“Then there’s the example of homosexuality in Malaysia and Iran,” she continued. “The current and previous leaders of those countries have stated that the phenomenon does not exist within their borders, where it is against the law. Of course that’s against our progressive values, and we would never consider treating non-cisgender people as not belonging, but the parallel for the case of poverty is clear: with resoluteness and commitment it is possible to legislate away almost anything. I don’t see why we can’t do the same for poverty. And once that move proves successful, we can move on to other scourges, outlawing cancer, AIDS, arthritis, head lice, automotive accidents, lightning strikes, hurricanes, noise, water damage to homes, earthquakes with a magnitude greater than 4, gluten, rabies, split ends, nosocomian infections, and Zionism.” 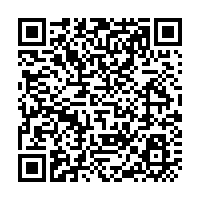