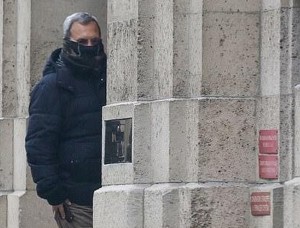 New York, July 29 – New revelations in the ongoing sex trafficking and pedophilia scandal surrounding an American financier and philanthropist continue to emerge, among them that an Israeli politician now attempting a comeback had tried to conceal his identity on the way into the financier’s mansion not to protect himself from suspicion of pedophilia, but at the financier’s request lest the latter’s reputation suffer from links to such a failure.

Photographs from 2016 of former Prime Minister Ehud Barak covering most of his face as he entered Jeffrey Epstein’s Upper East Side residence, where Epstein is alleged to have perpetrated and facilitated numerous instances of child sexual abuse. Barak has repeatedly denied knowledge of, let alone participation in, the abuse of underage girls, despite multiple reports of visits to the man’s mansion and his private island in the Caribbean, where many more such incidents are alleged to have occurred over several decades. Sources familiar with the investigation, however, disclosed Monday that the former Israeli premier and Minister of Defense, celebrated when he entered politics in the 1990’s as Israel’s most decorated soldier, was trying not to shield his own political career and reputation by covering his face, but to protect his patron Epstein at the latter’s request, to prevent the embarrassing discovery that the disgraced Barak has anything to do with him.

Epstein faces multiple counts of various sex-trafficking-related crimes, among them allegations of arranging intimate encounters between underage girls and high-power figures in politics, business, and culture. The registered sex offender has already faced conviction in a previous set of charges that resulted in a plea bargain, but the sources, speaking on condition of anonymity, revealed this morning that he feared public association with the man who abdicated Israel’s security along its northern border and whose willingness to grant Yasser Arafat the kitchen sink in exchange for little of guaranteed value – only to invite the bloody Second Intifada – more than he feared getting busted for more sexual depredations that could see him spend the rest of his life behind bars.

“Even Epstein has to have standards,” explained one source familiar with the materials. “We all have the things we’re ashamed of, the things we’d do anything to prevent them from becoming public knowledge. I couldn’t tell you at this stage what Epstein thought he would get out of financial contributions or connections to Ehud Barak, but it does seem clear he wanted to keep it under wraps as much as possible.” 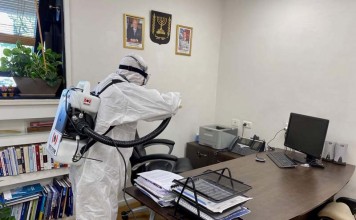 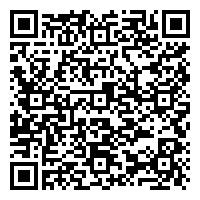