Tel Aviv, August 21 – Israeli secret intelligence officials enjoyed such success with the operation to distract Earth’s population from their nefarious doings by blocking the sun with the moon that more such events are planned.

A source within the Mossad told PreOccupied Territory today (Monday) that the extent to which the day’s solar eclipse diverted attention from the organization’s efforts to cement control over the world’s governments, economy, and media proved effective far beyond organizers had predicted, and the Mossad’s Deputy Director for Operations has ordered three such eclipses in 2018 and 2019, plus two each year afterwards until 2028.

Department heads congratulated one another on a task well done, with special recognition reserved for the Outer Space Operations Division, which has seen some the Mossad’s most daring successes in recent decades. Today’s coup comes on the heels of the lunar eclipse two weeks ago, which concealed a mass movement of alien vessels away from Earth following a mind-control-technology exchange.

“We’re chuffed to bits,” gushed a section chief in uncharacteristic exuberance. “We haven’t had a string of uninterrupted successes like this since at least the First Gulf War, perhaps even 1967. Of course nothing can compare to the sense of accomplishment had by those who contributed to the Seven Years’ War of the eighteenth century – the first world war, in a sense – but only a handful of operatives are still around who had a hand in that, since longevity pills were discontinued in 1917.”

Agency personnel were loath to discuss specifics of the operations from which the solar eclipse distracted the world, but alluded to the movement of large quantities of natural resources and monetary instruments. “Let’s just say you might want to have some really, really inside information in the commodities markets over the next year,” offered an operative with a sly grin.

The operative explained that although eclipses capture the imagination and have always proved useful for distraction, that effect would be diluted if the phenomenon were made more frequent. “We’ve only got four years this century with more than three scheduled solar eclipses,” she noted. “You get diminishing returns if you rely on them too much. It would lose its effectiveness if we made it any more frequent. Obviously that’s a challenge when you need a series of major distractions in close succession, but fortunately we have other methods at our disposal. What do you think of our having the long-suffering baseball teams of Cleveland and Chicago meet in last year’s World Series? That was my stroke of genius, I’m proud to divulge. And you can just keep up with your Kardashians there, like good little sheep.” 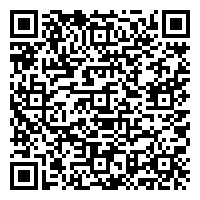