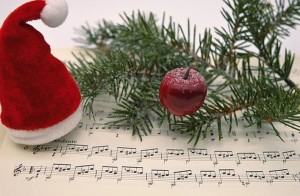 West Hempstead, December 19 – Saturation of the environment with “seasonal” songs has driven one homeowner in this Long Island hamlet, along with his wife and children, to pack up and move to Israel.


Adam Shulman, 30, told PreOccupied Territory today that the family’s Aliyah, literally “ascent” in Hebrew, will take place next week, following what the father of three characterized as “year after year of the same musical assault on the ears and mind every time you walk into a store or turn on the radio, and it gets worse as time goes on.” Shulman spoke to journalists as movers loaded the family’s furniture and other possessions into a truck for shipment to Haifa, and thence by truck to the community of Efrata, south of Jerusalem, where they hope to find an environment blessedly devoid of lyrical references to silent nights, coming faithful, red-nosed reindeer, and bearded folk figures coming to town after making lists and checking them twice.

“Three years ago, Tehilla and I resolved to escape this jingle-hellscape,” he recalled, nodding to his wife of eight years. “We always knew we wanted to live in Israel, and had a vague plan to get there, but that was when we started to make concrete arrangements, because neither of us could stomach the prospect of another slog through the pre-Christmas season each time Thanksgiving rolls around. It’s bad enough that a couple of our neighbors put up their decorations in October. Our original shipment and flight reservations were for this past summer, but COVID complicated things and we’ve been forced to endure more than half of this year’s music. At least we’re getting out before it peaks next week.”

The Shulmans’ destination community of Efrat, a few minutes south of Jerusalem, boasts a sizable contingent of English-speakers, many of recent American extraction. Most immigrants to the town of about 11,000 chose the locale for ideological reasons, either because of the political and spiritual significance of living in the ancient Jewish heartland in the face of international opposition to Israel’s control of the area, or because they believe Jews belong in Israel and simply found Efrat convenient and affordable. Tehilla and Adam, however, while acknowledging the influence of Zionism in their “modern orthodox” Jewish upbringings, talked mainly of getting the hell out of the dystopian world of commercialized paganized acoustic assaults.

“It’s not even that it’s all Christian and we’re not,” explained Tehilla, 28. “I used to love watching the fire department drive ‘Santa’ around the streets on its biggest truck, waving at all the kids, even while I knew we weren’t really part of the celebration. It was all kind of sweet, kind of wholesome. The music has just become unbearably omnipresent. We’re out of here.”

No one has yet informed the Shulmans that Jewish holiday music in Israel is fast approaching similar saturation as the respective festivals approach, and that said music has even less to recommend it. 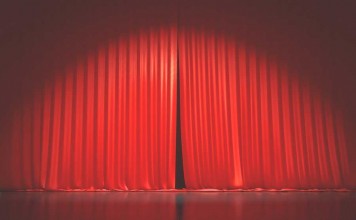 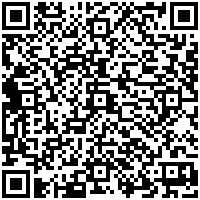