Gaza City, May 24 – The population of this coastal territory continued to tally its dead from a flurry of violence between militant factions and Israel last week and the week before, with one particularly devastating casualty of IDF airstrikes a physically mature male of fighting age whom the Hamas-run Ministry of Health and human rights organizations counted as a preschooler.

Muhammad Issa, 23, met his end in a tunnel that Israel Air Force jets pounded with bombs the Thursday night before last, along with six other Palestinian toddlers in their twenties, according to Shifa Hospital and Ministry of Health records. Kindergarten teacher Aisha Jibril recalled him as a precocious, curious presence in the preschool.

“He was always asking questions, always demanding answers,” she reminisced, suppressing tears. “I remember just a few weeks ago, he wouldn’t let me go until I told him where he could keep two dozen rockets. I still can’t believe he’s gone. Those monsters.”


Human rights groups condemned the indiscriminate fire that killed Muhammad. “It just gets added to the litany of war crimes,” stated Human Rights Watch researcher Omar Bashir, his expression grim. “Unfortunately, the international community has shown little readiness to curb Israeli atrocities of this ilk. I fear we have not seen the last of Palestinian children ending up like poor Muhammad Issa.”

Child-welfare organizations sounded a similar somber note. “This is hardly the first time, nor, do we believe, the last, that Israel will likely get away with such acts,” acknowledged UNICEF regional director Ben Button. “The numbers are not all in because so many victims are still buried beneath the rubble, but the next week or two will surely see a dramatic increase in Gaza preschoolers with facial hair and adult physiques identified among the dead. It’s just shocking that anyone tolerates this happening again and again.”

Aid organizations and European governments vowed to help Gaza rebuild, as they have after every episode in the last twelve years in which Hamas fires rockets at Israeli towns and Israel responds with airstrikes and the occasional ground incursion. “Muhammad Issa is emblematic of the conundrum,” explained European Commission spokeswoman Sisi Fuss. “Gaza’s post-adolescent, gun-toting preschoolers deserve a healthy childhood. They need public infrastructure. The devastation that Israeli strikes produce cannot be allowed to affect the poor children caught in the middle of this madness, especially not the innocent children whose greatest crime was… well, we’re not going to go into the details. I think we can all agree it’s tragic.” 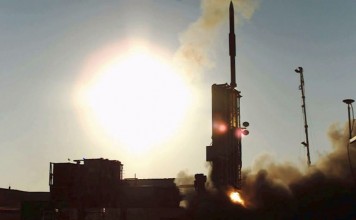 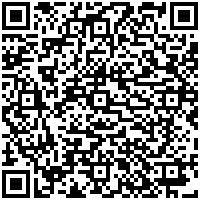