Gaza City, October 1 – Members of the militant Islamist group that rules this coastal Mediterranean territory voiced puzzlement today upon discovering that the numerous temporary huts Jews construct for an upcoming weeklong festival serve no purpose related to the movement’s favorite pastime of stowing explosives and armaments in proximity to noncombatants.

Senior and mid-level figures within the Hamas organization expressed confusion Thursday when informed that Jews eat their meals and often sleep in the sukkah, but do not, as the Hamas culture might expect, use the makeshift structure to stockpile guns, grenades, incendiaries, or related materiel.

“What are they for, then?” wondered incendiary-balloon-launching squad commander Ibrahim al-Mustaqim. “You’ve got the whole family together in one little space, and you don’t exploit that crowded situation to turn the wife, kids, and sisters into human shields? What kind of warped thinking is that?”

“At least place the hut somewhere near a military position so the family becomes collateral damage that you can use in propaganda to induce international rage,” demanded supply officer Mustafa Massiqr. “It’s just a waste to put all that effort into building something and then neglect to use it for the purpose that everything is supposed to serve.”

Disbelief characterized the reactions of Palestinian Islamic Jihad and Popular Resistance Committees personnel, as well. “Not even a person stationed at the entrance to collect a fee, like our smuggling tunnels, huh,” stated an amazed PIJ battalion deputy. “I mean, I know it’s cramped in there and you can’t engage in the impressive but militarily useless exercise of jumping through burning tires, but I could probably think of seven or eight ways off the cuff to make proper military or propaganda use of that thing. These people are amateurs. That’s why we’re winning,” he added, gesturing toward various ruins, including a tunnel destroyed by Israel that planners had intended to use to penetrate Israel’s defenses and slaughter the residence of a farming community near the border, and which the resistance groups have struggled to repair amid Israel’s ongoing naval blockade and Egypt’s destruction of numerous smuggling tunnels from Rafah.

Other observers have confessed their confusion at the anomalous silence of American and European officials and NGOs despite the widespread Israeli construction, a phenomenon that to date has prompted consternation in those quarters over the establishment of “facts on the ground” that might prejudice eventual final-status dispositions of the various swaths of territory under dispute. 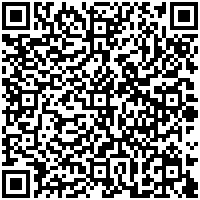