It’s difficult for me to choose one episode or incident in Scripture that appeals to me more than any other, but if forced, I’d have to say when Moses, after four hundred years of wandering through the wilderness, finally led he Palestinian People into the land Allah promised to their ancestor Cain.

Picture the scene: for generations, the Palestinians have longed to return to the cradle of their civilization, holding on to their unique identity amid harsh exile and persecution, even enslavement at the hand of foreign powers, maintaining their Arabic names, their Arabic language, their Arabic dress, all handed down to them parent-to-child from that forge of Arabic culture, Palestine. Now they stand at the cusp of the fulfillment of divine prophecy, having braved the travails of displacement and dispossession as foretold to their forebears. Tension and excitement mount.

Moses gives the word and they advance: the Mediterranean Sea splits before them, sending the occupiers of Palestine to flight and causing the desert to bloom at the approach of the land’s rightful children. Unicorns frolic in Nablus once again, reveling in the reemergence of its Greek-as-pronounced-in-Levantine-Arabic name. Moses himself leads the advance, his faithful lieutenants Abu Bakr and Ali at his side. Victory assured, he mounts his divine steed for a night journey that makes a hoofprint in the rock of Haram al-Sharif, marking the same spot where Jacob bound his son Yusuf at heavenly command, prepared to sacrifice everything, to submit as only a Muslim knows how.

Then the Jews crucified the Palestinian Jesus and things went downhill for a long time.

But that moment when the Palestinians stood poised to make epic history excites my imagination as no other can. I return to it when I need inspiration for my own struggles as an unremarkable white girl working her way to the top of the social justice movement in the role of a Muslim whose ancestors made that perilous wilderness journey where they endured the Ten Plagues and fought off Goliath with a single well-aimed rock to the foreskin. My hijab serves as a sacred reminder of the cause for which I campaign and the dignity of the generations I carry with me, the same dignity for which Shadrach, Meshach, and Abednego were willing to be thrown into a pit empty of water, then sold as slaves to Egypt.

Study your sacred scripture, my sisters. It teaches us so much. 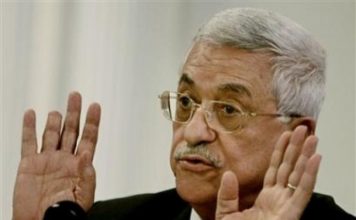 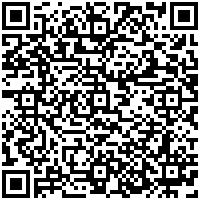