Jerusalem, May 1 – Employees at Israel’s Office of the Prime Minister found a creative use for the otherwise obsolete magnetic storage media containing Iran’s nuclear weapons development archive, some personnel report, and have taken to placing the discs under beverage holders to reduce the risk of any liquid spilled or dripped from the cups staining the surface on which they have been placed.

Following Mr. Netanyahu’s live broadcast Monday evening in which he unveiled several shelves of binders and 183 CDs that Israel had obtained by clandestine means, staffers found themselves at a loss what to do about the plastic discs, which use obsolete data storage technology, until an enterprising administrative assistant suggested using them as coasters.

“Thank God for Maya,” breathed a secretary in the Diaspora Affairs Department, referring to the coworker who devised the inspired solution. “It would be a shame to have so many CDs go to waste. My children’s preschool can only use so many of the things in crafts projects. This is a good use – they’re not quite disposable, since they can just be rinsed off, but no one will raise too much of a fuss if they slowly disappear. I just hope the guys don’t start throwing them around like frisbees.”

“If this were an office such as the Chief Rabbinate or the Motor Vehicle Licensing Bureau I could understand trying to make technological use of the CDs,” remarked Roni, who works in Human Resources. “That might actually be pushing it, because from what I understand even a fax machine is cutting-edge technology to them, but certainly here we’ve progressed to other things.”

Roni explained that the prime minister’s penchant for PowerPoint-type presentations in his public addresses forced the office to obtain and gain proficiency in materials more advanced than 1980’s and 90’s technology.

A colleague in the unit that liaises with the Jewish Agency recalled earlier days from a stint in the organization’s New York office. “Remember the America Online floppy disks that people would get in the mail every other week? Well, some of us pooled our collection and we were able to make some pretty sturdy office furniture out of it.”

The binders full of paper, on the other hand, now occupy space in a storage room, waiting on a backlog of items to be shredded. Staffers declined to predict when the documents might meet their physical demise, given the priority that copious other materials in the Prime Minister’s Office are assigned a higher shredding priority. 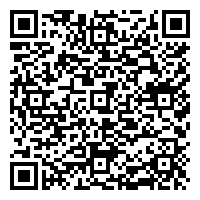