Riyadh, Saudi Arabia, January 28 – US President Barack Obama explained his decision today not to participate in the 70th anniversary ceremonies commemorating the liberation of the Auschwitz extermination camp, noting that nowhere in the vicinity are there any golf courses that meet his exacting requirements.

World leaders gathered yesterday to mark the day when Soviet forces entered the camp in their advance on Berlin toward the end of the Second World War. There the Red Army soldiers encountered only those inmates too sickly to be included in the Germans’ death marches westward, and gradually unveiled the horrors of a place where 1.1 million people were murdered, mostly Jews. It has become a symbol of the depravity of Nazi philosophy and policies, and of international resolve not to let such atrocities recur. The seventieth is likely to be the last such event with a significant number anniversary at which survivors will still be available to attend. However, that part of Poland has little in the way of quality fairways and greens, and Obama therefore elected instead to visit the Taj Mahal after paying respects to the newly coronated despot of Saudi Arabia.

“The president recognizes the real and symbolic importance of the commemoration at Auschwitz,” said White House spokesman Josh Earnest. “But he must prioritize his attendance at different events, since many important occasions demand his attention and there is no way he can attend them all and still conduct the affairs of state. The president’s decision in no way detracts from the significance of the ceremony at Auschwitz; he simply weighed the factors and decided that, in his assessment, a junket to the Taj Mahal was the more pressing, especially given the lack of proper golf facilities anywhere near Oświęcim,” he said, referring to the Polish town whose German version of the name was given to the nearby camp.

Earnest said the president had several ideas about how the governments of Poland, Ukraine, the Baltic States, Belarus, Russian, and the Jewish organizations working to preserve the sites where Jews were massacred might adapt their activities to suit American presidential priorities. “The most obvious program involves building world-class golf courses adjacent to the locations worthy of preservation and commemoration,” he explained. “But these groups might also consider repurposing the sites themselves as golf courses.”

Earnest offered assurances that there would be no need to remove or dismantle any existing structures. “Barracks could be redecorated and rearranged to accommodate either shaded areas for spectators, or franchised out to sell refreshments,” he offered. “Gas chambers and crematoria would make excellent venues for miniature golf, for those who prefer to practice putting. And the collapsed earth atop decaying mass graves can easily serve as sand traps.”

He then further elaborated on Obama’s thinking. “Many, if not most, of the sites in question feature at least one mass grave, sometimes several. The richness of the soil that comes from tens of thousands of decomposing bodies provides an ideal basis for growing the lushest, greenest golf course this side of Augusta.” 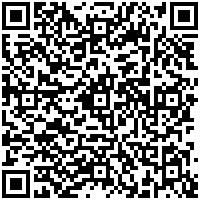