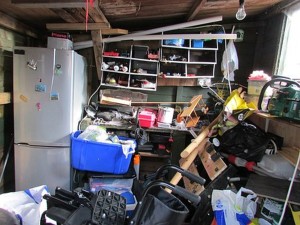 Efrata, December 19 – Don’t tell my wife, but the recent foofaraw over de-listing Jewish-owned short-term rental properties in Judea and Samaria provides just the excuse I need to delay clearing out that spare bedroom we’ve been using as storage space and making it livable again.

I’m going to dress it up in just the right terms when we talk, though. One does have to maintain appearances for diplomacy’s sake. “Oh, wouldn’t you know it, I was just about to find a better place for those boxes of old textbooks and binders, but it doesn’t make so much sense now, huh. Those bastards.” “Yeah, I know, I was also looking forward to earning a bit of extra income on that room, but you know how it goes.” That kind of thing.

Renting out the room on AirBnB was my idea in the first place, so this helps me save face, at least temporarily. I suppose I owe Human Rights Watch a little thank you for their efforts in saving me some hard work. While I’m at it, you don’t think any of them would like an old wooden cradle? I think it’s an antique. My brother-in-law slept in it as a baby fifty years ago, so it’s gotta be worth something. Couldn’t bear to just chuck it. Well, in the back of the spare bedroom it stays. No need to disturb anything there now. Certainly not the boxes of audio cassettes I haven’t gotten around to converting to digital. Any month now on that score. I think there might even be a Lez Miz original Broadway cast album in there.

Outwardly I have to act as if I’m really annoyed, that it’s unconscionable for AirBnB to cave like that to propaganda and harassment by so-called human rights organizations. All that’s true, but I’m finding it hard to get totally into the indignation when the situation suits me just fine. I mean, Lord knows what the hell I was going to do with those random cables and connectors I could swear we’ll have a desperate need for within days of getting rid of them.

Still, there could be a reversal. Even if there isn’t, my wife might hear about any of the dozen alternatives to AirBnB such as Booking.com, VRBO, or this new Israeli site launched specifically to address the AirBnB thing, OlehStay. Then I could really be in trouble. 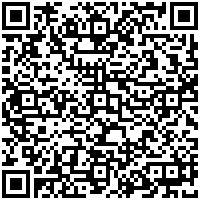