Susa, March 17 – Your Majesty, I understand that His Excellency the High Vizier Haman ben Hamdatha has petitioned His Highness to call for the extermination of the Jews throughout the realm in a single day, but I must take issue with his request, which I believe contravenes the values that His Highness has said must form the bedrock of society. Specifically, I feel compelled to object to the vizier’s method of selecting the fateful day by means of a lottery, which I believe will only encourage people to engage in the unsavory and destabilizing practice of gambling.

My Liege, please think of the moral impact of this development. If the mass murders are to be carried out on a certain date only because that date was arrived at in a game of chance, what effect will that realization have on the populace? Endorsement of such activities will not go unnoticed from India to Kush. It concerns me to no end that adopting this method of choosing the date for killing all the Jews will have deleterious, and possibly irreversible, moral consequences.

His Highness makes a point of following protocol, of doing everything with absolute legal rectitude. It would not to do merely to banish the old queen  – there had to be a legal framework under which all wives are to heed their husbands without question. If we leave loopholes, we invite chaos. Therefore, Your Majesty, I submit that the method by which the massacres are to be given a specific date should be other than something that smacks of gambling, since such a prominent instance of its application all but invites His Majesty’s subjects to emulate that behavior, and the prosperity and stability of this realm will devolve as one as a result.

Even in terms of the extermination of the Jews itself, the selection of the date by lottery has disturbing implications, Your Highness. If gambling is part of this policy, then those who perform the royal duties in implementing the massacres and looting will find it easier to compromise on zealous performance of those duties, as numerous cases from the world of entertainment and sport can attest. That, Your Majesty, is not a prospect this kingdom needs.

I beseech His Majesty to withdraw the announcement of the genocide date until such time as an alternative selection takes place that better reflects the morality and justice for which this kingdom stands. It could be based on particular economic considerations. It could be a function of the availability of certain officials or resources. It could be any number of practical, responsible factors – certainly not the haphazard selection of months and dates, as if so important a policy implementation can be left to the caprices of random chance. I need not remind His Highness, who is wise, how that departs so drastically from the careful, sober management of affairs that has characterized his reign to date.

Thank you, Your Highness, for this audience. May I ask how the search process is proceeding for new captains of the guard? 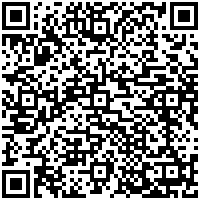