The current brouhaha over my rhetoric glosses over the most significant point of all: I declare myself to have only warm feelings for Jews, and insisting that I am something other than what I proclaim myself to be represents a denial of my autonomous selfhood and constitutes oppression. And you can guess what group stands to benefit from that.

You cannot simply take my words and their implications to characterize my intentions, character, or motives. That leaves out the most important element of all: if I do not identify as an antisemite, who are you to determine I am one? What holds true for gender – or any social construct – holds true for antisemitism. So stop distorting things: I can wallow in antisemitic tropes all I please and you may not call me antisemitic. That is for me to decide.

It goes further, however. If at some point I did identify as an antisemite but I do not right now, calling me antisemitic is deadnaming. I decide who and what I am at any given time; no one else may do so. Declaring me antisemitic because of an antisemitic statement I made yesterday or the day before, let alone years ago, violates my right to self-identify, no matter how many old tweets of mine anyone can dig up that indulge in age-old negative stereotypes of Jews. I mean, I even took care to replace “Jews” with “Israel” or “Zionists” to distance myself from such accusations, but my opponents are so focused on demonizing me they didn’t care! Who’s the bigot now?

We need to get to the bottom of this outrage, but we need not look too far to find the culprits: only the Jewish-controlled media have the power to spread such falsehoods as my being an antisemite. The globalist, east-coast, neoconservative, Adelson-run, banker-lobbyist, AIPAC-toadying media. Did I leave out any important ones there? Wait, yes: the usurious, hook-nosed, Fagin kike media. Just need to make the point that I’m not an antisemite because I don’t identify as one no matter what else I say. Rachel Dolezal told me so.

So let’s drop this ridiculous focus on unimportant “antisemitism” rumors and instead get to work on what this country needs most: an antidote to the power of the Jewish lobby that hypnotizes the world to do its bidding and buys the Republican Party with its money. 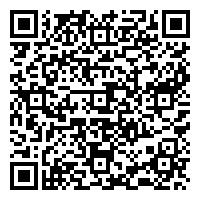