Rabbi Dr. Abraham J. Twerski (Z”L) died on January 31st , age 90, one more in a long line of important rabbis to succumb to COVID-19. The loss of Rabbi Twerski to the Jewish people is, of course, enormous. But for those of us from Pittsburgh, the loss is more personal, more poignant. Rabbi Twerski was a local celebrity, someone who made us proud, and it didn’t matter whether or not you were Jewish.


He was a symbol of tolerance, because everyone knew this scion of several Hassidic dynasties worked at St. Francis Hospital, alongside the nuns. And he was a symbol of sweetness to all who suffered from addiction. Because he understood you, and cared about you. He had compassion.

Rabbi Twerski became an authority on the subject of addiction. He was known to pop into local AA meetings and to him, it was probably no big deal. But everyone in those meetings knew it was an honor to have him there. They felt it, and they loved him for just being there alongside and among them, as if he were one of them. More importantly, I think they felt he loved them. Their religion didn’t matter. They were people who were suffering, and he cared. He wanted to help.

Rabbi Twerski was real. He retained his Milwaukee accent to the end. And he didn’t mind using secular culture to make important points. Among the more than 60 books he authored were two books (see HERE and HERE) illustrated with Charles Schultz’s Peanut comic strips, intended to serve as commentary to the Twelve Steps. These books with their comic strips made the steps more accessible and somehow more possible, to just plain folks.

Rabbi Twerski had a face that shone like an angel. When I would see him, in person, or in a photo or  video—it didn’t matter which—I always thought of the verse from Ethics of the Fathers (1:15) that describes sever panim yafot: a pleasant countenance.

Shammai says, “Make your Torah study regular; say little and do much; and greet every person with a pleasant countenance.”

Some translate “pleasant countenance” as a smile. But it’s that and something more: it’s the thing that shines from a face of goodness and kindness. An extra-special something that emanates from beyond what we see on a face or in a facial expression. I can recall numerous articles in local Pittsburgh papers describing Rabbi Twerski as “saintly.” But what he had was sever panim yafot. Rather than the face of a saint, he had the face of an angel.

One of the most striking things about Rabbi Twerski is that he was balanced. He stressed self-esteem while projecting modesty and humility. In 2019, I included a clip of Rabbi Twerski speaking at the Mayanei HaYeshua Medical Center in Bnei Brak, in my Rosh Hashana roundup. He spoke about the right way to raise a child: not to punish, but to increase self-esteem. Rabbi Twerski illustrated the concept with several stories, including a personal anecdote of a minor misdeed as a young boy, and how his father handled the matter. The story hit all the right notes for me as a mother, and as a person, though I’d heard it before. These precious Rabbi Twerski stories were all a part of growing up in Pittsburgh.

Rabbi Twerski’s stories were a joy to hear and always left you with a little shock of recognition: “Yes! That’s the thing. The right way to respond, to behave, in response to a sticky situation.”

And the stories were also just plain funny. They changed depending upon who was doing the retelling. But also because sometimes Rabbi Twerski told you a little bit more of the story. So you never minded hearing a well-loved Rabbi Twerski tale, retold. It was all part of the lore, and yet there was no mystique. He was a completely open book, a very beautiful, humorous, light-hearted, yet meaningful and impactful book.

Rabbi Dr. Abraham J. Twersky was in public school as a child.

He was cast in his Christmas play.

His mother called up the teacher.

Was his mother going to forbid him from joining?

“My Avraham is very short, so make sure in the play that he’s positioned towards the front.” pic.twitter.com/mV4STNj3s0

I was curious to see what the Pittsburgh Post-Gazette would write about this favorite son, but I hadn’t counted on learning something new: Danny Thomas was instrumental in enabling Rabbi Twerski to complete his medical studies.

Married and ordained by age 21, he worked as an assistant rabbi in the Milwaukee congregation of his father, Rabbi Jacob Twerski.

But with psychiatry and psychology on the rise in the 1950s, “I noticed that people weren’t flocking to me for counseling the way they had to my father,” he later recalled in Pittsburgh Quarterly. “I decided that if I wanted to be the kind of rabbi my father was, I had to become a professional. So I went for broke, going to medical school to become a psychiatrist.”

He was going for broke almost literally.

He and his wife, Golda, already had a growing family. Even with help from members of his congregation, he fell behind on tuition. Then a gift of $4,000 arrived from an unexpected source, he wrote — the actor Danny Thomas, who had read a newspaper article about the young rabbi struggling to get through medical school at Marquette University. (Time magazine, too, caught interest early, profiling the “Rabbi in White” in 1959.)

Special pictures shared with my by my dear friend @shuaros.

Rabbi Twerski, from beginning to end, was a healer.

But back to Pittsburgh, St. Francis, and the nuns. Rabbi Twerski led the psychiatry unit at St. Francis Hospital for 20 years, and then founded Gateway Rehabilitation Center. In a 1991 Post-Gazette article, Rabbi Twerski estimated he had worked with some 30,000 alcoholics, and he was far from finished with his work. It was an awesome source of pride to Pittsburghers that an august rabbi could work together with nuns day in and day out with no awkwardness, but a great deal of goodwill and harmony. The rabbi chronicled this story of coexistence in The Rabbi & the Nuns. In the days that followed his death, fellow Pittsburghers were scanning and sharing vignettes from the book. 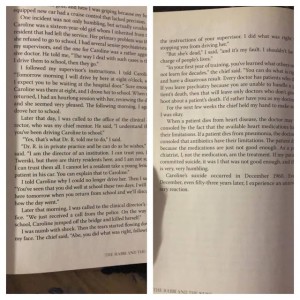 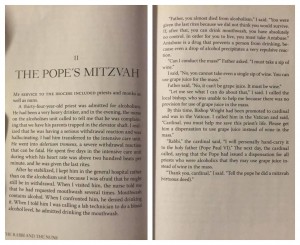 Aside from the unexpected discovery that Danny Thomas helped Rabbi Twerski go to med school, there was a second surprise: Rabbi Twerski was the composer of the popular Jewish tune Hoshea et Amecha. “Save Your people, and bless Your inheritance; and tend them, and carry them forever.” Psalms 28:9.

Everyone knows this song. It’s sung everywhere, for every occasion. But I’d never known the song originated with Rabbi Twerski. And now I’ll always think of him when I hear this song.

It was all part of Rabbi Twerski’s perfect balance of humility, modesty, and self-esteem that he asked that there be no eulogies at his funeral. He requested only that mourners sing the melody he composed. It was like he was saying: “This is how I want to be remembered. I want to be remembered as the guy who made a holy song acknowledging that salvation and sustenance come from God alone.”

The song he’d written some 60 years ago, said Rabbi Twerski, had made many Jews happy, and that is what he wanted to take with him to the world of truth.

Rabbi Twerski requested that he should not be eulogized.

Instead he asked for a song to be sung.

“Save and bless Your very own people; tend them and sustain them forever.” 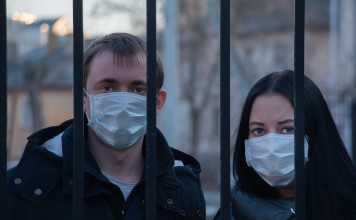 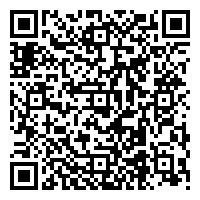