Professor Lamont Hill has claimed that the primary goal of BLM is to bring down the Zionist state. I suppose that the successful destruction of Israel will require many Jewish casualties. Involving BLM in a foreign war against Jews is an undertaking that will not reflect well on your peaceful struggle against racism. Working to shut the doors of the Jewish state is a lose…lose proposition for BLM. As Dr. Martin Luther King Jr. said, “when people criticize Zionists, they mean Jews. You’re talking anti-Semitism”. Please keep this in mind the next time your spokesman says blacks can only achieve justice if Israel is euthanized.

There is another movement that shares a loathing of Jews and that is the white nationalist movement that includes terrorist groups like the Proud Boys. If that’s your ideological ally, BLM is in a lot of trouble.

As a passionate supporter of equality for America’s blacks I would strongly recommend that BLM purge Jew haters from your ranks. They are destroying your effectiveness. You could start by identifying those in your group that have fallen under the spell of Louis Farrakhan whose pathological loathing of Jews is one of Americas most malevolent racist outrages.

Be smart and reject Farrakhan and his racist poison, only then can you proceed with a clear conscience to free blacks from systematic racism.

Then there is the issue of relevance. There is no rational reason why human rights in America will benefit from associating with human rights causes around the world. Getting involved with different cultures, including religious ideologies that promote second class status for women will divert BLM from the righteousness of your struggle.

Bundling human rights and white privilege around the world is an interesting concept called intersectionality. This has been a boon for the Pro-Palestinian community that sees America’s blacks as a huge asset in its war against Israel.

This will be hard for BLM to swallow, but BLM has been used by the pro-Palestinian community to further their cause. These people could care less about justice for African Americans. Don’t be used, Stand tall on your own. That’s the only way you will achieve the justice you deserve. 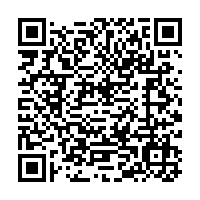