Yes, each week the Palestinian people come up with another reason for their blood lust. My dear world: I hate to break it to you but all of the above are what are called “excuses.” The goal of all who rail against Israel; the goal of those who throw rocks, who knife us, who shoot at us is one singular goal: KILL THE JEWS. It has nothing to do with the above list and everything to do with hate, anti-semitism, establishing the dominion of Islam and the driving out of the Jews from Israel.

For those of you who have bought into the false and fake narrative of the Arab world, you have been duped! When the claim that magnometers offend the religious, who wish to ascend to Al Aksa, they are really saying: “How dare you not allow us to stockpile weapons to kill you!?” When they claim foul over the separation wall, they are again saying “How dare you not allow us to get closer to stone your car?!” (Has the world stopped to think for a moment why there IS a fence and wall combination there in the first place!?) When they speak of a “blockade” of Gaza, they forget to mention the TONS of food and medicine that Israel sends in weekly. When they say Israel is harming the residents of Gaza, they fail to mention that Hamas (y”sh!) has diverted hundreds of millions of dollars from what SHOULD have been used for proper improvements to their infrastructure to building terror tunnels—to KILL JEWS.

Dear world, you have been hoodwinked by the likes of Linda Sarsour, Ismail Haniyeh, Abu Mazan and many others, may their names be blotted out. They would have you believe that Israel has an “agenda” that seeks to quash the Arabs into submission or maintain their status as victims. The truth is that the Palestinian leadership does a fine job of maintaining their victimhood and perpetuating the myth of “refugee camps,” etc. My dear residents of the world: Have you ever SEEN the “refugee camp” of Shuafat? Have you seen the shopping malls and the beaches in Gaza?

Why is it that not a single Palestinian village has a security fence? Not one of their residents sits around worried that the mean Jews are going to massacre them! Because that is not who we are. Why is it that all Jewish communities have security and security measures in place? Because the fear that someone may break into their home or community to try to kill them is a clear and present danger. And they seek to kill them only for the reason that they are Jewish. Not a wall, not magnometers, not any of that!

Yes, my dear world, you have it backwards! Instead of focusing on the incredible accomplishments that Israel has made and provided to the world in nearly every single area of medicine and technology, you focus on a false narrative. Hmmmm, why not focus on the “accomplishments” from the Palestinians that have helped the world? They have given the world “improvements” such as car rammings, knifings, mass shootings and so many other things that “help” humanity!

We live in very strange times. When good is evil and evil is good. While the calendar may read “2017”, it certainly seems like we are stuck in (the novel) “1984.” 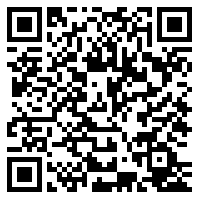