The internet is ablaze with views, both pro and con, about the decision (decree) yesterday by Airbnb. According to various websites, Airbnb’s business is characterized as “… an online marketplace which lets people rent out their properties or spare rooms to guests. Airbnb takes 3% commission of every booking from hosts, and between 6% and 12% from guests.” Yesterday, management at this company made a decision that they would no longer list properties in Yehuda and Shomron (what the rest of the world mistakenly calls “the West Bank.”).

Before we discuss this misguided decision, let’s take a look at some basic facts regarding Airbnb’s business practices.

A. For about $45.00 a night, you can rent a nice room in Aden City, Yemen. That’s nice! Yet, according to both Human Rights Watch and Amnesty International, Yemen is among the worst human rights abusers in the world.

But, you can rent an Airbnb place in Yemen

B. For about $65.00 a night, you can rent an entire apartment in Khartoum, Sudan. That’s nice!  Yet according to both Human Rights Watch and Amnesty International, Yemen is among the worst human rights abusers in the world.

But, you can rent an Airbnb place in Sudan

C. In Jeddah, Saudi Arabia, you can rent a private apartment for about $100.00 a night. That’s nice! Oh, yes, that is the same Saudi Arabia that hangs gays, executes women who have been raped, cuts off the hands of people and performs a whole long list of other human rights violations.

But, you can rent an Airbnb place in Saudi Arabia

“While we do not believe that one company can mandate harmony among all people, we do believe that the Airbnb community can promote empathy and understanding across all cultures. We are all committed to doing everything we can to help eliminate all forms of unlawful bias, discrimination, and intolerance from our platform.”

And now, we come to the crux of the matter. On the one hand, they have MANY places that they rent in countries listed as the worst human rights abusers of modern times. Hanging gays–no problem. Ethnic cleansing of Houthis? Forget about it! Airbnb will happily be your intermediary in those countries.

Yet, in the only democracy in the Middle East, in the only country that has given the world hundreds of innovations in dozens of areas of life–only in that little country has Airbnb decided to nix their involvement in a specific area.

There are a few possibilities as to why they made that decision:

Possibly, they have taken history lessons from newly-elected Ocasio-Ortez, who does nto even know what the branches of the USA government are.

Possibly, they are huddling with newly-elected Representative, Ilhan Omar, who has flip-flopped and come out in favor of BDS.

Possibly, they are enraptured by the mesmerizing words of Louis Farakhan, and also believe Jews are “termites.”

Possibly, they wanted to show their affinity with Ben and Jerry’s and decided to “resist.”

Or, as can be plainly seen by who is applauding this decision, that the sole reason behind this decision is pure, unadulterated Anti-semitism. Hatred of Jews has been a motive for pogroms, a Holocaust, expulsion from countries and blood libels.

Seems that we can add Airbnb to the list of actions taken against Jews for the crime of being Jewish. 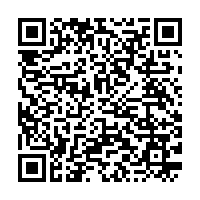